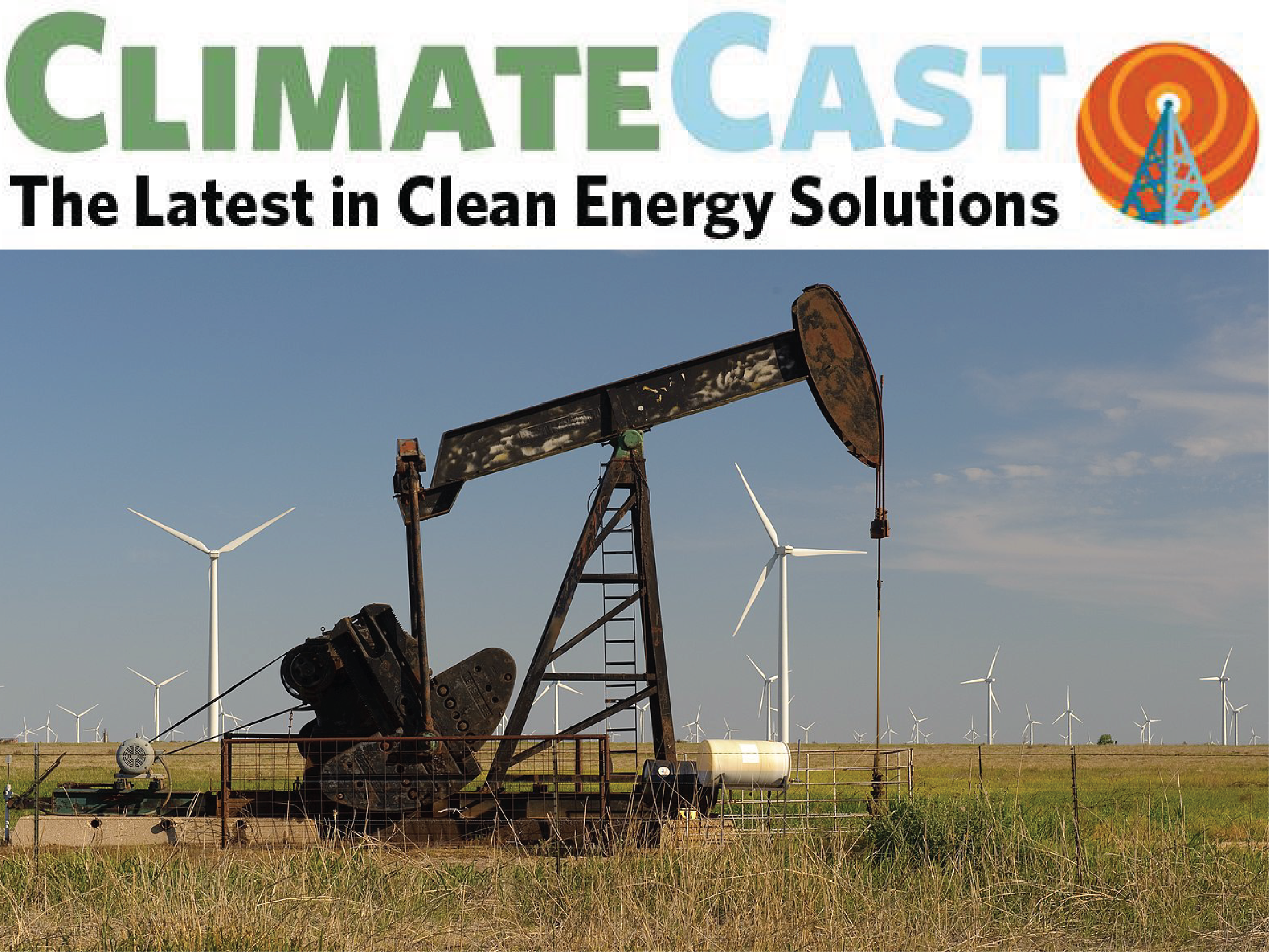 Hey, I think solar and wind energy may not be just passing trends

One of the US’ oldest power companies has pledged to become carbon-neutral by 2050. New Jersey-based PSEG--a $30 billion utility provider--will neither build nor acquire any new fossil-fueled power plants, will shut down its coal plants, and will utilize offshore wind power. Speaking of wind -- wind power just surpassed coal in Texas’s fuel mix for the first time, illustrating the continued growth of the industry. Despite the continuing lack of federal action on climate, communities keep pushing hard for more clean energy; a new analysis highlights how clean energy continues to grow steadily as corporations, investors and individual jurisdictions buy and build more wind and solar power.

Three miles from the Dakota Access Pipeline, the Standing Rock Sioux Tribe has unveiled a new solar project -- one that not only pays tribute to those who fought against the pipeline’s placement on sacred tribal land, but also takes a meaningful step towards achieving energy independence and a clean energy future. The solar project will eventually power all 12 reservation communities in North and South Dakota. In New Orleans, officials are placing solar panels on a local streetcar barn as part of a citywide effort to utilize publicly-owned buildings to generate solar power. The new 300-kilowatt system feeds directly onto the local electric distribution grid to benefit customers. In other solar news, over 250 US mayors, representing both major political parties, every state in the country and one territory, have signed onto a letter calling for increased solar power in their communities.

Berkley, California made headlines recently for becoming the first US city to ban fracked gas in new low-rise buildings. But that was just the beginning. Now, towns and cities across California are considering measures to encourage developers to forgo fracked gas lines for space and water heating, and build infrastructure ready for electrification. Building electrification has been found to be more cost effective, since costly fracked gas connections and internal gas plumbing are not required. New research has also found that by constructing all-electric homes, utilities can lock in low rates for wind and solar long-term, and avoid the price shocks gas customers have experienced in other major cities. A new study also found that fracked gas infrastructure is actually emitting twice as much methane as the EPA had originally reported. Methane is a greenhouse gas 25 times more potent than carbon dioxide. Burning gas has been found to pose significant health threats. Cooking indoors with gas releases dangerous levels of nitrogen dioxide, while gas stoves have also been linked to asthma attacks.

Motoring down the electric highway

In what may go down as the most American publicity stunt of all time, Ford has released an all-electric version of its F-150 pickup truck -- and demonstrated its strength by having it pull over one million pounds of double-decker rail cars behind it. The all-electric F-150 represents a huge boon for possible widespread fleet electrification with this “bread and butter” vehicle. In China, Nissan is releasing its own electric pick-up truck. It has a 250-mile range and will retail for under $20,000. In San Diego, California, some 21,000 EV drivers will be receiving $850 in credit on their utility bills as part of the EV Climate Credit program. Also in California, 200 diesel school buses are being replaced with electric ones, a change that will protect children from dangerous emissions, cut air pollution, and eliminate nearly 57,000 pounds of nitrogen oxides and nearly 550 pounds of fine particulate matter (PM2.5) from being emitted annually. Beyond the West Coast, electric buses continue to increase with Montana’s Mountain Line transit receiving the first of six electric buses. These buses will replace their diesel counterparts, decreasing air pollution and helping Missoula with its goal to transition to carbon-free transportation.

After months of urging the Democratic National Committee to hold a presidential debate on the climate crisis, CNN announced it will host a debate on the topic in early September. Candidates who meet the DNC polling threshold of 2%in four approved polls by August 28 are able to participate. At the most recent set of presidential debates, the climate crisis was discussed for a total of 21 minutes. Some candidates were applauded for speaking about climate change as the urgent crisis it is, while others were criticized for advocating for clean energy transition plans that were simply too slow.

Current emissions are on track to push global temperatures more than three degrees higher than they are today. Sue Reid, vice-president of climate and energy at Ceres, recently stated “there’s so much on the line in the next 18 months or so” though many signs suggest current action to address global warming is not enough. In Washington D.C., the Potomac River reached 94 degrees during a recent heatwave. A new study finds that, due to rapid, previously unseen melting beneath the ocean’s surface, glaciers may actually be melting anywhere from 10x to 100x faster than scientists once believed. The Greenland Ice Sheet is also in the middle of its biggest melt season in recorded history, yet another sign that climate change may be “accelerating far beyond the worst fears of even climate scientists.”

In brief: Case study looks at lessons from LNG fight

Researchers have prepared a powerful case study showing how one Oregon community went beyond typical environmental concerns to prevent LNG from coming to their community. Activists in Clatsop County cited the projects’ potential impact on tourism, as well as fears about earthquakes and tsunamis, to help build strong, public opposition to the projects. Although it took a decade to win, the case study is being touted as a template for how other communities can achieve similar victories against fossil fuel infrastructure or other projects with negative environmental impacts.