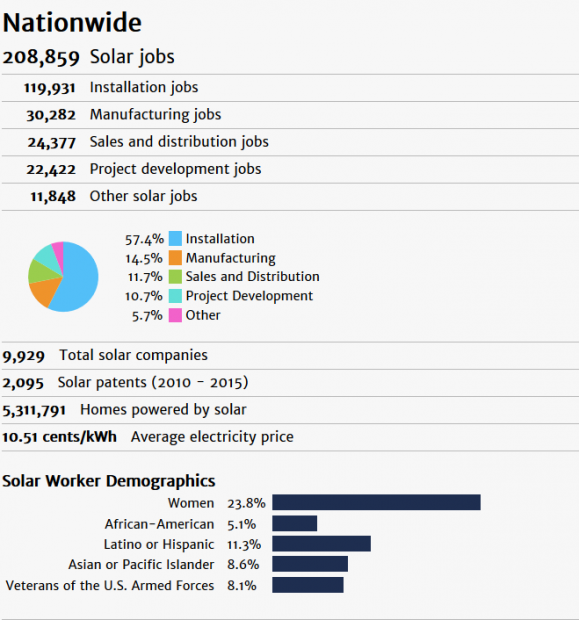 The solar workforce is larger than some well-established fossil fuel generation sectors, such as the oil and gas extraction industry, which shed 13,800 jobs in 2015 and now employs 187,200 people. The oil and gas pipeline construction industry, which employs 129,500 workers, lost 9,500 jobs (U.S. BLS) during the same period. The solar industry is already three times larger than the coal-mining industry, which employs 67,929 people (JobsEQ 2015Q3). Solar employers surveyed expect to add more than 30,000 jobs over the next 12 months. The expected increase of 14.7% would bring the count of U.S. solar workers to 239,625 by the end of 2016.