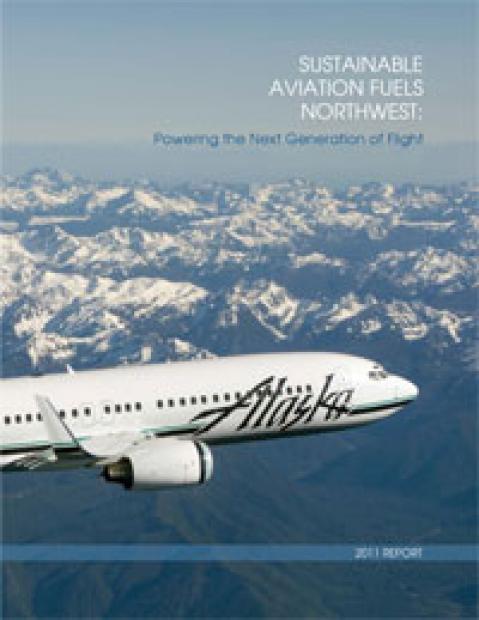 Climate Solutions facilitated the stakeholder-led initiative, coordinated five workshops, and took the lead in researching and writing SAFN’s final report, Sustainable Aviation Fuels Northwest (SAFN): Powering the Next Generation of Flight, published on May 25, 2011, which has guided subsequent policy discussions at state and federal levels.

As the first regional assessment of its kind in the United States, the report examines the feasibility, challenges, and opportunities for creating a commercially viable, sustainable aviation biofuels industry in the Northwest. It assessed the feedstock pathways in the four-state Northwest area (WA, OR, MT, and ID) as possible sources for producing sustainable jet fuel and evaluated the cost, timescale, water and land usage, refining, transport infrastructure, and actual use by airlines. The feedstocks examined in the report were agriculturally based oilseeds like camelina, forest residues, algae, municipal solid waste, and others.

In November 6, 2015, Climate Solutions released Toward Sustainable Aviation Fuels, noting the advances since 2011 in more efficient aircraft and engine design, streamlined flight operations, and improvements to air traffic management systems, which can slow the growth in aviation’s climate pollution. The report concludes that it will take substituting fuels with a lower carbon footprint to actually reduce the industry’s greenhouse impact in coming decades.

Because commercial planes have long useful lifetimes and new models have long design and production timelines, liquid hydrocarbon fuels that can be used in existing planes and fueling infrastructure—“drop-in biofuels”—are necessary.

SAF development continues apace despite the slide in petroleum prices that began in 2014, although no SAF facilities operate yet at commercial scale. Major projects are underway in Oregon, California, Nevada, the US Midwest, and Britain to manufacture SAF from feedstocks as varied as vegetable oils, municipal solid waste, and forestry by-products.

The report concludes that the lack of consistent and reliably supportive government policies has been the most significant factor holding back SAF growth. Clean fuels mandates at the state and federal level, as well as financing mechanisms that reduce the risks for SAF investors, and infrastructure projects to facilitate the introduction of SAF to the jet fuel supply would all accelerate the adoption of SAF.