Gen Z doesn’t want your climate hope—they want you to act. Here’s how. 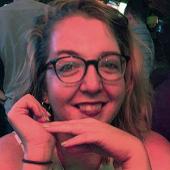