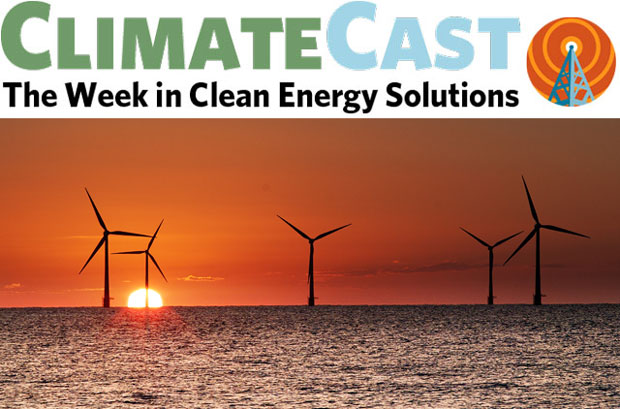 Fossil infrastructure faced new setbacks last week, as New York Gov. Andrew Cuomo rejected plans for a liquefied natural gas terminal off Long Island and Justin Trudeau’s new Canadian government moved to ban tanker traffic in northern BC waters, effectively blocking the Northern Gateway pipeline from Alberta. Leapfrogging the consideration of individual projects, the Portland City Council voted unanimously to oppose new fossil fuel transportation and storage there, the strongest such municipal resolution yet on record. In the wake of President Obama’s Keystone XL pipeline rejection, campaigners scoffed at the notion that oil would move by rail instead, pointing to the same cost and infrastructure issues that Shell cited when bailing from its Carmon Creek project in Alberta last month.

Testing new ways for EVs to give back to the grid

The microgrid at the University of California-San Diego will host nine electric vehicles that can help power the campus utility with their batteries, testing whether EVs can provide rolling power storage to the grid, the university announced last week. This pilot program is an upgrade from common EV load management, which merely adjusts how fast the EVs draw power from the grid. In Michigan, Kettering University researchers are testing an automated home system to juggle the flow of power between EV, rooftop solar, and the grid. EVs have about half the climate footprint of comparable gasoline cars, according to a new report from the Union of Concerned Scientists.

Pssst, ClimateCast! Pass it on...

If you enjoy what you read here at ClimateCast, did you know that you can receive it by email, the evening before it is published on the web? A sign-up form is located on this page’s right column.

A Greenland glacier that holds enough water to raise the ocean by half a meter has tripled its melting rate since 2012, according to a new study in Science. The research was part of a much larger effort aimed at anticipating how much sea level rise is already inevitable because of global warming, and how fast it will occur. But there’s a big difference between what’s already inevitable and the outcome if the planet warms by 4˚C, as these dramatic photo simulations demonstrate. Warming also displaces people, compounding problems of political instability and refugee migration, as described in this thoughtful analysis that’s especially trenchant after the Paris terror attacks.

Nearly 400,000 acres of public land in the California desert will be earmarked for streamlined approval of renewable energy projects, while 5.3 million acres will get permanent conservation status, according to a federal plan released last week. The plan—in the works since 2008—won praise from conservationists, unlike last year’s draft. On the opposite coast, two firms snapped up the rights at auction to build offshore wind farms on 340,000 acres off the New Jersey coast, and the world’s biggest offshore wind developer announced plans for a wind farm that will produce up to 1,000 megawatts 15 miles from the Massachusetts coastline.

The nation-wide battle over the rules of the road for solar power revved up last week, as Florida utilities poured more than $2 million into a ballot measure that would muddy the waters alongside a planned 2016 citizen initiative to open the state’s solar market to third-party leasing. The Florida fight, in a sunny state whose restrictive rules have held solar installations to a mere sixth of New Jersey’s installed PV capacity, is just the latest of the solar skirmishes affecting net metering, fixed charges, and other policies in 42 states, including hot fights in Utah and Massachusetts.

Shifting subsidies for a stabler climate

Fossil fuel subsidies came under scrutiny last week when Oil Change International tallied $450 billion in G20 state spending to maintain the fossil-fuel economy. Much of that comes in Chinese, Russian, Saudi, and Brazilian state-owned energy operations, but the UK earned special criticism as the only G7 country to increase its subsidies of coal, oil, and gas, according to the report. On the other side of the ledger, the Green Climate Fund approved its first climate finance awards, with $217 million in funding for clean energy projects in Latin America, $25 million for off-grid solar in East Africa, and over $100 million in adaptation in six other projects in the developing world.

While climate leaders applauded the French government’s decision not to postpone the climate talks in Paris in the wake of the terrorist acts that took the lives of 129 people, French Prime Minister Manuel Valls announced a ban on various planned demonstrations, concerts, and related events, citing new security measures. A climate march scheduled at the start of the meetings and anticipated to draw up to 200,000 people may be canceled due to security concerns and out of respect for the victims of the terrorist acts.