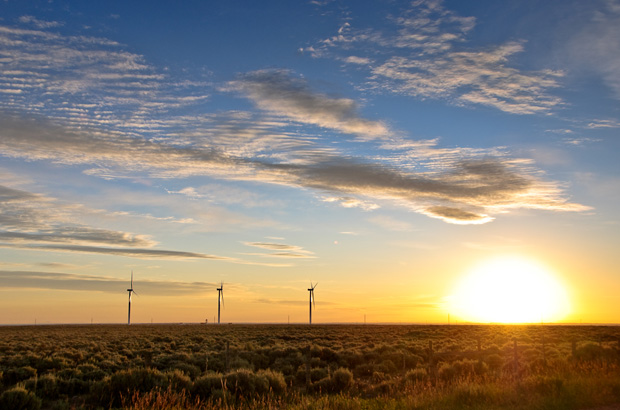 DANIEL HOHERD
How we can win: the promise of progress
Gregg Small
January 22, 2015

2015 is shaping up to be a year of potentially significant progress on climate change and clean energy. Globally, all eyes will be on the next round of international climate negotiations scheduled for Paris in December. Buoyed by the major climate agreement inked by the United States and China at the end of 2014, the Paris talks could serve to catalyze additional action commitments among nations, and from major corporate players looking to take a leadership role to stop global warming.

Nationally, the biggest play is likely to be President Obama’s Clean Power Plan. If approved in something close to its current form, the president’s plan will be one of the most significant policies on climate in our nation’s history, and will take a big bite out of carbon pollution from existing coal-fired power plants.

But much of the action on climate and clean energy will happen in the states and regions.   Nowhere in the country is the promise of action greater than on the West Coast. For the first time in many years, climate change and growing the clean energy economy are at the top of the agenda of elected leaders.

At the very end of 2014 Washington Governor Jay Inslee announced an ambitious proposal to hold major polluters accountable by capping global warming pollution. Just as significant as his announcement were the leaders from businesses, labor unions, communities of color, and the legislature that flanked him. To win, we need to broaden the movement and to bring more voices and constituencies to the table to show that diverse engagement demonstrates that there is a broad coalition forming to call for jobs, clean energy, and climate action.

In Oregon, Governor John Kitzhaber has made passage of a Clean Fuels Standard one of his top priorities, and with the outcome of the election the Oregon Legislature should have the votes to move forward. If passed, this bill will allow Oregon to move forward with advancing clean fuel choices at the pump for consumers, clean our air, and reduce carbon pollution.

Further south, California Governor Jerry Brown used the occasion of his fourth and final inauguration to highlight climate change. He announced extremely ambitious goals for his state, including seeking to reduce petroleum use in cars by as much as 50 percent within 15 years, and increasing to one-half from one-third the portion of electricity California derives from renewable sources.

Here at Climate Solutions, we are laser-focused on our top three priorities:

We, along with many allies, are off to a furious start this year. Some major strides of the first few weeks of January include:

Success in the coming year is far from assured. Gridlock in state legislatures remains a huge roadblock, as does the political might of the oil and coal industries.

But the table is set, with more voices present than ever before, for major progress in the coming year. If the first few weeks are any indication, 2015 could be bright indeed.

Ready? Go! A consequential season for climate action
The Path Forward on Climate Change in the Northwest
So that was the election. What now for climate?
It doesn't have to feel like Life on Mars