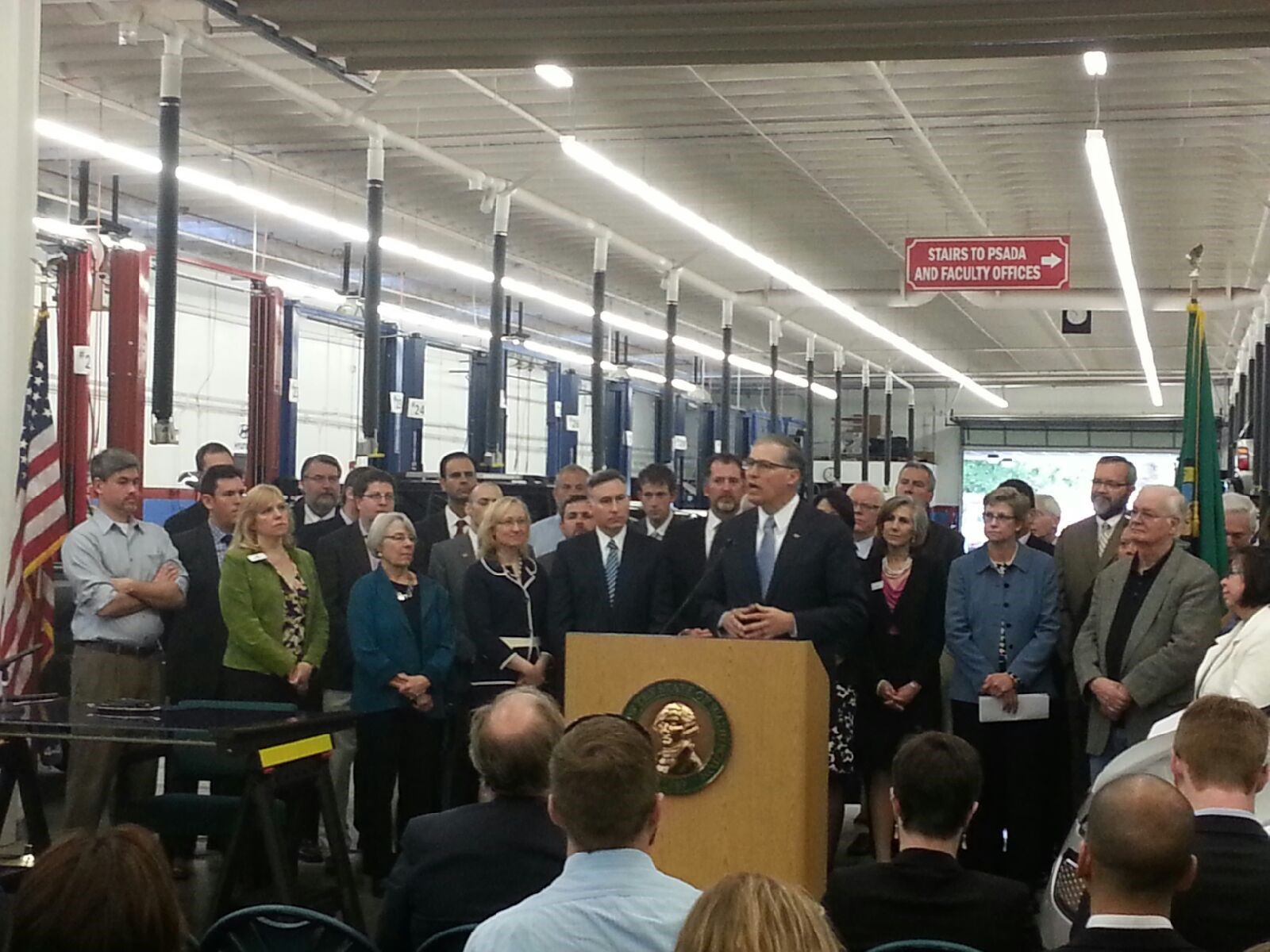 The governor’s list of actions include: increasing energy efficiency; ensuring Washington and the Northwest will continue leading in the clean energy economy; creating a pathway to stop using imported coal electricity; and kicking off ways to implement a Clean Fuels Standard to support local workers and employers in developing fuels throughout the region.

Please take a moment to let Governor Inslee know that people in and out of Washington stand with him. 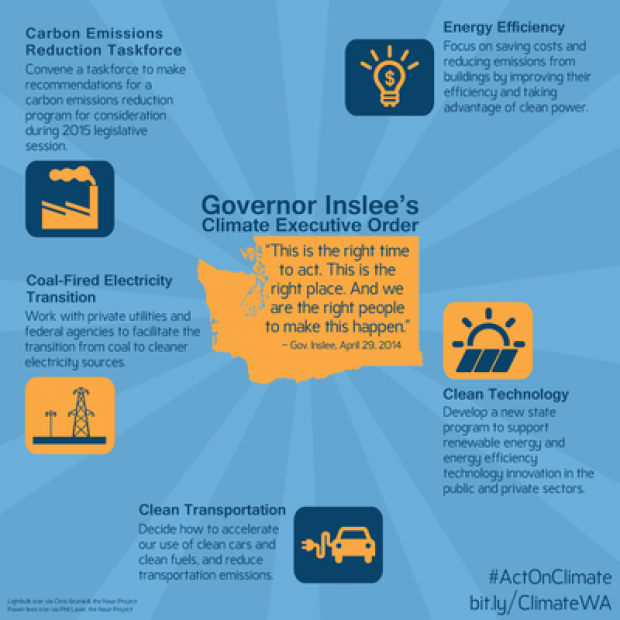 One of the most important elements of today’s action is the diverse set of leaders who will help carry out Governor Inslee’s commitment to designing and fighting for a climate policy that will dramatically cut carbon in Washington in a way that is good for the economy, and is equitable for all Washingtonians. The Governor has appointed a task force of leaders to help him chart the course. Climate Solutions' own Senior Policy Advisor KC Golden and Board Member Virinder Singh are both members of the task force.

This is another in a series of actions taken by Governor Inslee and other leaders across the region to establish the West Coast as a global leader in climate solutions.

Last October, I was honored to be part of one of those steps, the announcement of a pact between the governors of Washington, Oregon, and California, along with the Premier of British Columbia, to work together to create a powerful West Coast climate leadership bloc.

Meanwhile in the other Washington, President Obama is moving forward under existing authority to implement some important climate action initiatives. But at the national and international levels, the going is rough, and progress is too slow.

Boldness, vision, and leadership must come from the states, and our western region--the coastal states and province that make up the fifth largest economy on the planet--is also one of the world’s foremost centers of technological and economic innovation. That’s why Governor Inslee’s actions today are so important. They show that he’s ready to keep moving forward on climate and clean energy action.

Climate Solutions has worked hard to set the stage for bold regional action on climate and clean energy. Seizing this unique and immense opportunity is our single most important priority for the next three years.

Momentum for climate action is growing rapidly. Working together, we can build a broad, deep, unstoppable force for solutions because, let’s face it, we’ll need it to overcome the entrenched forces of the fossil fuel industries that stand between us and solutions.

Today was a big day, and a big leap forward on climate action. Take a moment to thank Governor Inslee for his leadership!