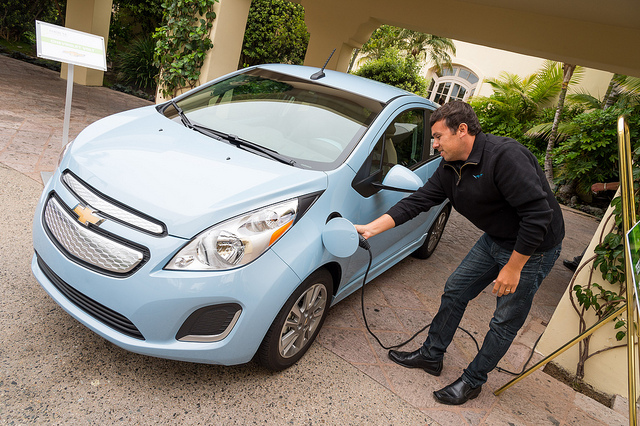 Bus routes bringing Oregonians to and from work, shops and neighborhoods in two of the state’s biggest cities will soon boast new technology and cleaner air. Lane Transit District in Eugene and TriMet in Portland each announced last week that they have secured federal funding to add several electric buses to their transit fleets in the coming year. These buses, powered by electricity instead of diesel, will cut both air pollution and operating costs. Lane Transit District estimates that their purchase will reduce lifetime fuel and maintenance costs by nearly $500,000 per bus.

Transportation is a major source of air pollution in our state, with disproportionate levels of toxics and accompanying health impacts harming low-income neighborhoods and communities of color. In addition, the transportation sector is the single largest source for greenhouse gas emissions in Oregon, making up almost 40% of our state’s climate pollution.

Replacing public and private vehicles that run on gasoline and diesel with ones that run on electricity is a key strategy for modernizing our transportation system and powering it in a sustainable, economical way. Electrifying everything from our everyday cars and trucks to our city buses, and from our freight and delivery trucks to our industrial commercial centers and ports, will have major benefits for our air, climate, and pocketbooks. Shifting from gasoline to electricity as a fuel is even more advantageous here in Oregon now that we have passed the Clean Energy and Coal Transition Act, which makes our power grid one of the cleanest in the country.

Electric vehicles (EVs) are the best-known form of transportation electrification – with more than 7,000 EVs already on Oregon’s roads and the West Coast Electric Highway enabling fast charging along I-5 and the coast. Technology breakthroughs have increased how far EVs can go between charges and sped up how fast they recharge, helping soothe “range anxiety” and spurring rapid growth in the burgeoning market.

EVs’ decreasing prices make them a practical choice for a growing number of families. Used EVs such as 4-year-old Nissan Leafs are now selling for $7,000-$8,000, and with a range of 50-100 miles, they can serve as terrific commuter cars. The cost of driving an EV in Oregon is 2.5 times cheaper than a gas-fueled car. That means driving 100 miles costs only $3.41 in an EV vs. $12.16 in a gas-fueled car. Over the life of a car, an EV driver in Oregon could save up to $13,000 in fuel and use about 6,000 gallons less gasoline. EVs are also cheaper to maintain because there is no internal combustion engine with all its moving parts.

Oregon will need tailored policies and broader support for EV incentives and infrastructure to give all Oregonians the opportunity to reduce monthly transportation expenses and to clean up the air in some of our most polluted neighborhoods. One major barrier is the lack of charging stations located near apartment buildings. Incentivizing the installation of charging stations near multi-family housing locations – particularly within low-income communities – would make it possible for many more residents to consider switching to an EV. Additionally, increasing the availability of financial incentives to reduce the cost of leasing and buying EVs, innovative low-cost financing packages offered by banks and lenders, creating targeted incentives to transition from old, dirty cars to EVs, and increasing awareness of the opportunities and potential savings through education campaigns can help increase availability to more residents across the state.

Pioneering Oregon’s Next Frontier to Electrify Everything

Electrification of most of our transportation sector can happen, and it means reaching beyond simply a transition to electric cars. Innovative solutions coming onto the market now include wide-ranging technologies to provide everything from electrified public transit and freight to forklifts and tug boats. Electric buses are hitting the roads nationally, including in Eugene and Portland. California is leading the way to electrify their major ports and develop a sustainable freight program, which centers on zero and near-zero emission technologies. Elsewhere, Sweden just opened the world’s first electric highway, Norway has announced plans to ban the sale of non-electric cars by 2025, and EVs with the ability to charge wirelessly will enter the market next year.

New opportunities in Oregon are helping spur this needed transition to electrified transport and transit. More than 300 EV-related companies in Oregon have already created nearly 1,600 jobs in the state, with great potential to grow. Thanks to the Clean Energy and Coal Transition Act, Oregon’s biggest utilities are also planning to invest in new programs to advance transportation electrification next year. Part of the recent Volkswagen settlement following their emissions cheating scandal will go to advancing the use of electric vehicles across the U.S., including in Oregon.

Oregon’s cities are pioneering a modern transportation system by introducing electric buses to their fleets, but much more remains to be done to electrify our transit, ports, freight and industrial processes. Opportunity is also ripe to make EVs available to everyone, including low-income communities. Now is the time to move into the electric fast lane to arrive at a less polluted, more prosperous state. 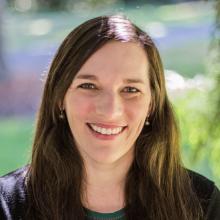