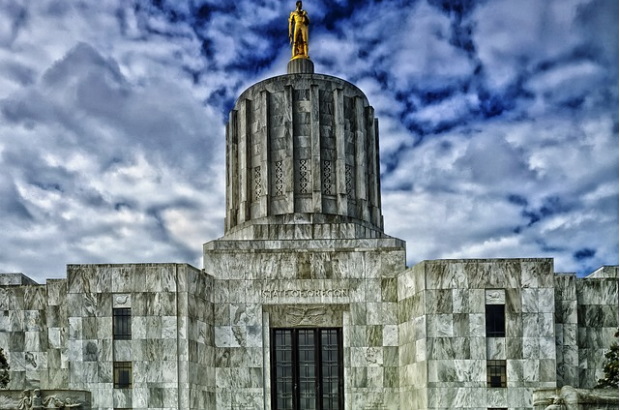 PORTLAND, OR – Governor Kate Brown announced today that she supports calling the Oregon State Legislature into a special session, but addressing the climate crisis was notably absent from the agenda. This omission is the latest major failure by Oregon’s elected officials to fulfill their promise to take climate action to protect this place we all call home.

Earlier this year, we watched with dismay as the Legislature failed to pass the Clean Energy Jobs bill, a landmark climate pollution reduction package. Speaker Tina Kotek and other supporters of climate action in the House worked to refine and pass the bill out of their chamber. However, Senate President Peter Courtney caved to opposing senators who chose to abandon their duties rather than participate in the legislative process as they were elected to do.

At the time, Governor Brown declared that climate action was the one major piece of unfinished legislative business, a sentiment echoed by numerous legislators and advocates. Governor Brown stated that she was committed to using every tool in her toolbox to address this pressing issue. However, failing to include climate action on the special session docket is a worrying sign that addressing climate change is not truly prioritized by Oregon’s elected officials.

“It’s hard to watch our elected leaders press snooze on climate action as kids return to school and daytime highs reach triple digits across the state,” said Meredith Connolly, Climate Solutions’ Oregon Director. “Our youth will face the worst consequences of climate change if we don’t act now, and they have been among the loudest voices calling for climate action.”

We urge Governor Brown and Oregon’s other elected officials to hold true to their commitment to using every tool in the toolbox to move the state of Oregon forward on taking bold climate action.