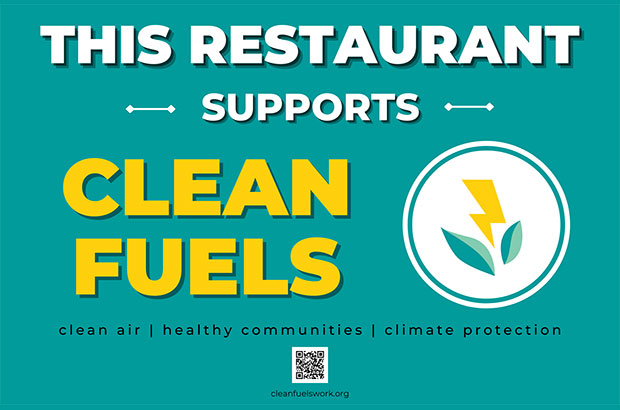 As the Washington Legislature again considers a policy to create a Clean Fuel Standard (HSB 1091), a coalition of supporters celebrate “Circular Restaurant” Week to honor restaurants in the International District who participate in waste cooking oil recycling programs.

As the Washington Legislature again considers a policy to create a Clean Fuel Standard (HSB 1091), a coalition of supporters celebrate “Circular Restaurant” Week to honor restaurants in the International District who participate in waste cooking oil recycling programs.

Participating restaurants are part of a “circular economy” in which the waste product from one industry (restaurants) becomes a raw material for the production of another (low-carbon fuel).  Converting used cooking oil into fuel is just one potential waste stream that can be used for low-carbon fuel. While there are thousands of restaurants who participate in the program around Washington, this waste oil is currently sent to Oregon and California—states with Clean Fuel Standards—for refining and use.  Unlike those neighboring states, Washington doesn’t have a Clean Fuel Standard.

If the Legislature passes HSB 1091, major and smaller start-up fuel producers would invest millions of dollars in new or additional production facilities, infrastructure and partnerships to quickly and affordably supply renewable, clean fuels to meet new demand for clean fuel across the state.

Clean fuel made from forest waste and agriculture could supply nearly half of Washington’s diesel and jet fuel needs. The state has enough forest waste to produce 400 million gallons of renewable diesel and jet fuel. That alone will produce over 2,000 family-wage jobs in rural, timber communities and $650 million in revenue, according to Washington State University and the Northwest Renewables Alliance. A statewide standard could lead to roughly seven million gallons of used cooking oil being recycled and converted into low carbon fuel.

The Circular Restaurant Week kick-off event included representatives from Mahoney Environmental Services (a Neste company), SeQuential, Uwajimaya Village, Fortuna Café, Café Pettirosso, The Nature Conservancy, Climate Reality Project and Climate Solutions.  Restaurants around the International District noted their support of clean fuels with window signs and how they part of the “circular economy” for transportation fuels. They were part of a list promoted to encourage customers to support clean fuels and local restaurants that have been hit so hard by the COVID economic collapse.

A Clean Fuel Standard would also boost health benefits as well as reduce harmful climate-change causing emissions. In California, their Clean Fuel Standard has avoided over 38 million tons of carbon pollution and has saved millions of dollars in avoided health impacts.