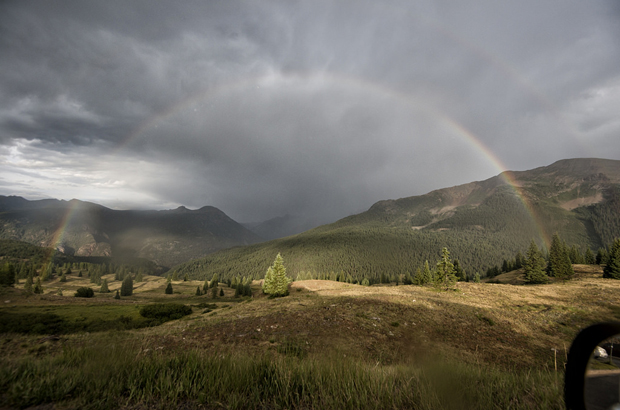 This Moment in Time

It may sound like hyperbole, but I believe that the next six to nine months will be among the most consequential yet in the multi-decade global effort to address climate change. We have had other big moments, like the Paris climate accord in 2015. But never has the moment been riper for truly transformative climate solutions at scale than right now.

Why do I think this? There are three main reasons.

1.The return of bold leadership by the United States

After four years of going backwards lost in the wilderness on climate action, the United States has returned to global leadership on climate. On March 31st, President Biden announced his American Jobs plan.  Biden’s plan aims to create a huge number of good-paying jobs, turbocharge the electrification of our cars, buses, delivery vans, and trucks, modernize our electrical grid, establish a Clean Energy Standard to get to 100% clean electricity, center equity, and so much more. His proposal, if passed in anything close to its current form, would quite simply be by orders of magnitude the most significant climate policy ever passed.

That’s not all. The President is organizing a global summit of world leaders on climate on April 22-23, and is hard at work putting in place a powerful commitment by the United States to spur deeper commitments from other leaders. President Biden has tasked his national climate czar, the irrepressible and inspirational Gina McCarthy, and the long-time global climate champion John Kerry, to put together our nations Nationally Determined Contribution (NDC). The NDC is each country’s specific commitment to climate progress flowing from the 2015 Paris climate agreement.  As one of the largest carbon polluters with also some of the deepest wells of knowledge and innovation, our leadership matters.

2. Increasing global consensus of the goal

For years there was endless debate about whether global warming was a problem, let alone any sort of agreement on the best approach to addressing it.  Now in a major shift in the past year or so, there has been a stunning coalescing by large numbers of major players that we need to get to net zero carbon emissions (or, put another way, 100% Clean) by 2050 at the latest, with meaningful interim targets along the way. Over 1,000 companies have made this commitment, including corporate giants like Microsoft and Amazon, Northwest leading companies like McKinstry, and even global oil giant BP. Bill Gates, in his new number one bestseller on climate change, makes a Net Zero goal the central thesis of his book. Many state governments have passed bills with similar emission reduction goals.

Does this emerging consensus guarantee that we will reach the goal? Of course not. As Gates says in his book, this is achievable, but it sure won’t be easy. The technological, economic, logistical, and political challenges are legion. I can assure you from our battles in Washington and Oregon, the fossil fuel industry is not going to go without a fight. We need to battle for every inch of progress. In addition, while 2050 goals are important, what is even more critical are the specific steps all players are taking TODAY and by 2030. But a high-level consensus is a very solid foundation for the hard work ahead.

For many years, states have been at the forefront of climate leadership, and that trend continues. In late March, Massachusetts’ Republican Governor Charlie Baker signed a sweeping climate bill that committed the state to net zero carbon emissions by 2050 with strong interim targets. New York, Colorado, New Mexico, California, Hawaii, and many other states have recently passed major climate and clean energy bills. Here in the Pacific Northwest, we are deep into the heart of legislative sessions and there are serious efforts underway to pass a suite of ambitious climate policies including a Clean Fuel Standard, a cap and invest bill, and an ambitious transportation package in Washington; and a 100% Clean electricity bill in Oregon. If passed, these solutions will lock into law 100% Clean Electricity and Clean Fuels Standards across the entire West coast, and will invest billions of dollars into our region’s communities to clean our air and grow good paying jobs.

*
I want to close on a less rosy topic, but one that is mission critical to progress on climate change in the United States and to democracy—Voting Rights. The Republican Party is currently making a full frontal attack on the rights of Americans to vote in states across the country. As of late March, at least 250 new laws have been proposed in 43 states to limit mail, early in-person and Election Day voting and block access to the ballot especially for Black and brown voters.

Climate Solutions is a non-partisan organization, but it is simply fact that all of these proposals are coming from one party, built on the Big Lie that the 2020 election was stolen from former President Trump. But the Big Lie argument is just a smoke screen for the reality driving the voter suppression tactics. And that reality is that many of the ideas that animate the climate and other movements for social and economic justice, like 100% Clean energy and pretty much all of the clean energy proposals we support, are hugely popular with the public. And thus the only way they can win is to prevent much of that public from being able to vote and participate in democracy.

Nowhere is this attack more insidious than in Georgia, where Republican Governor Brian Kemp recently signed one of the most blatant attacks on Black voters since Jim Crow. This bill makes it illegal to provide food and water to people waiting in line to vote; severely restricts absentee voting; and limits drop boxes, amongst other odious provisions.

There is a way to fight back on this. The House of Representatives has passed H.R. 1, an ambitious bill designed to make it easier for people to vote across the nation. I urge everybody to call your Senators and urge them to pass this bill. Without a firm foundation built on democracy, our nation will not be able to effectively lead on climate change or anything else.

This is a truly unique time. I believe that President Biden’s American Jobs Act and H.R. 1 represent two of the most important bills in this nation’s history to fight climate change and preserve our democracy. In the Northwest, we are close to passing some of the most ambitious policies in the region’s history. Let’s fight like hell to get them across the finish line.