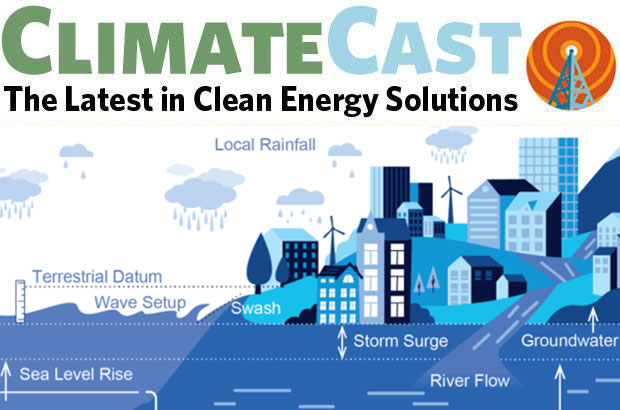 The pollution from heating and cooling buildings is second only to transportation as the leading contributor to global warming emissions in our region; Washington State has the opportunity this year to make real progress on addressing the problem. State lawmakers have been considering a number of measures taking aim at emissions from buildings, and legislators have approved (in one legislative chamber) two important bills already: SB 5722, which would improve energy efficiency standards for large buildings, and HB 1770, which would allow cities to adopt strengthened “reach” building codes, raising standards for residential and commercial construction.

Efforts to pass a similar reach code bill in Oregon this year have ended, but lawmakers have brought forward a different opportunity to address climate pollution from buildings. Legislators are proposing the creation of a Resilient, Efficient Buildings (REBuildings) Task Force, which would be charged with developing comprehensive building decarbonization policy for 2023. Despite this slowdown, Oregon lawmakers have also pledged to pass a climate budget this year with meaningful investments in cutting climate pollution and accelerating the clean energy transition, and to pursue more ambitious climate policy gains in 2023.

A Washington bill which would have allowed public utilities to offer their customers incentives to switch from gas to electric heat (as privately owned utilities already can) failed in the face of opposition from fossil-fuel gas providers.

It’s worth noting that lobbying against climate progress has landed gas interests in hot water in other states. In California, SoCal Gas is facing a $10 million fine for fighting climate action. According to Sammy Roth (Los Angeles Times), the utility “engaged in a sweeping campaign to block clean energy measures that threaten its business model, including local bans on gas hookups in new housing and statewide efforts to encourage construction of all-electric homes.” (Last year, Oregon-based NW Natural was also called out for opposing potential local gas bans using deceptive PR campaigns.)

Lastly, Washington’s State Building Code Council is this year considering code updates that would require new commercial buildings to include efficient heat pumps rather than gas. This change alone would eliminate 8.1 million tons of CO2 by 2050, according to a Rocky Mountain Institute analysis; that’s equivalent to removing 1.8 million cars from the road for a year.

The Washington Legislature has taken up the necessary challenge of passing a major transportation package for the first time in seven years. As currently drafted, the legislation would provide a significant boost for public transit and bicycle and pedestrian needs. It also addresses transportation electrification. Climate and environmental justice advocates have highlighted the importance of transitioning all vehicles on the road to zero emissions: taking into account the significant climate and health benefits of electrifying vehicle fleets, providing charging infrastructure for larger vehicles and boosting zero emissions heavy trucks. Legislators have proposed funding the transportation plan while avoiding a gas tax increase, instead looking to other more progressive revenue sources including last year’s Climate Commitment Act for funding.

Governor Inslee’s proposed budget also includes a boost for transportation electrification, including an electric car rebate, which would be popular given the wave of mainstream enthusiasm for EVs swelling across the country. The Legislature may add more funding for clean transportation programs—stay tuned.

Researchers released a pair of findings this week which further underscore the severity of the climate crisis, and show major, inescapable impacts of our rising carbon emissions.The megadrought conditions that have plagued parts of the American west for the last decade or so are the driest the region has experienced in some 1200 years. Meanwhile, the latest analysis from NOAA scientists indicates that coastal sea levels are very likely to rise a foot or more on average by 2050—with the most dramatic change affecting the vulnerable eastern seaboard and Caribbean coastal states. Scientists report that this will happen regardless of what we do now to reduce emissions—but we still have time to prevent even more dramatic sea level rise over the second half of the century.

While climate sections of the Build Back Better plan remain on hold in Congress—delaying major clean energy economic investments as well as carbon reduction measures—the Biden Administration is seeking dramatic acceleration of the nation’s clean energy economy by investing in getting carbon emissions out of heavy industry. Climate journalist Robinson Meyer discusses how this strategy fits into the administration’s broader climate goals in this Twitter thread.

The administration received side eye from some climate advocates this week by issuing “guidelines” for future carbon capture projects, describing the technology as a likely necessary part of carbon reduction strategies. Concerned that the arguably unproven technology may distract from the more fundamental work of cutting emissions before they are produced, environmental justice advocates point out that a White House advisory council concluded less than a year ago that carbon capture is among “the types of projects that will not benefit a community.”

Communities most harmed by fossil fuel pollution may be more hopeful about the prospects for the Environmental Justice for All Act sponsored by Senator Raul Grijalva, which aims to address grievous environmental disparities across the country.

One thing you can do: Join our climate advocates text list

Join our climate advocates text list. We can help make sure that you’re in the loop on the most immediate and effective climate actions you can take in the Pacific Northwest each month. We send action text alerts approximately once a week; you can sign up here (and it’s easy to unsubscribe at any time).