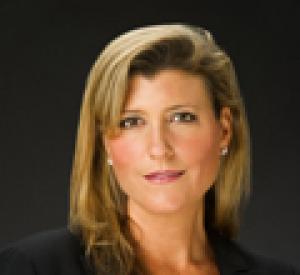 Aimée Christensen is the Executive Director of the Sun Valley Institute for Resilience (www.sunvalleyinstitute.org) and CEO of Christensen Global Strategies (www.christensenglobal.com), collaborating with industries, governments, organizations and individuals worldwide to develop solutions for a strong clean global economy, healthy communities and protection of our natural resources. She is known as a thought-leader who also delivers results. Trained as an environmental and energy lawyer with deep experience in energy policy in Washington, D.C., she brings over two decades of experience in climate change and sustainability strategy to the corporate, investment, and philanthropic sectors. Her clients are wide-ranging and have included Autodesk, Clinton Global Initiative, Duke Energy, The Elders, FEMSA, the Global Observatory, the Global Ocean Commission, Microsoft, Ogilvy, the Rockefeller Brothers Fund, Swiss Re, the United Nations, the United Nations Foundation, the U.S. Department of Energy, Virgin Unite and Wolfensohn + Co.

In 2012 she served as Special Adviser to the UN Secretary General’s High-level Group on Sustainable Energy For All supporting mobilization of action toward the Sustainable Energy For All Initiative’s three complementary goals: doubling the share of renewable energy globally, doubling the global rate of improvement of energy efficiency, and ensuring universal access to modern energy services. In 2010 and 2011, she served as founding Program Chair of the World Climate Summit, a global gathering of business leaders taking action on climate change. At the UN “COP16” climate talks in Cancun in December 2010, Christensen orchestrated “Business Action for Climate 2010,” showcasing business leadership on climate change with the CEOs of Duke Energy, Dow Chemical, The Coca-Cola Company, and FEMSA. Joined by Christiana Figueres, executive secretary of the United Nations Framework Convention on Climate Change, and President Felipe Calderón of Mexico, the event successfully launched business’ presence at COP 16.

Ms. Christensen has served as an advisor to the Clinton Global Initiative since its creation; as the first Deputy Chair for Climate Change and Energy, she helped shape the Clinton Global Initiative’s Energy and Climate Change track including speaking agenda and development of specific commitments by corporations, governments, and NGOs. The agenda and commitments were strategically structured based upon assessment of the highest impact on emissions, potential of early commitments as models for others, combined with the power to inform and engage the broader CGI membership and the public on this long-overlooked issue (2005-2007). More recently, she curated the “green growth” track at the Clinton Global Initiative: Latin America, December 8-10, 2013, Rio de Janeiro, Brazil, designing substantive conversations and objectives, recruiting and preparing speakers and introduced track and goals for green growth topics at CGI Latin America. On stage at CGI her role included moderating an HSBC-hosted discussion on energy with President Grimsson of Iceland, Dr. Amory Lovins of Rocky Mountain Institute, and Dymphna Van Der Lans of the Clinton Climate Initiative, as well as hosting a conversation with Amory Lovins on his book, Reinventing Fire.

Ms. Christensen has also served as an ongoing adviser to Virgin Unite including on the development of several of Sir Richard Branson’s ground-breaking initiatives (The B Team, The Carbon War Room and The Elders). She played a particularly central role in developing the Carbon War Room, advising during its creation through public launch, and she advised The Elders on their environmental agenda, writing an initial strategy covering global environmental challenges and the Elders’ potential role in the solutions, briefing them at their Johannesburg, South Africa launch and then writing a roadmap for action.

As a corporate strategist, Ms. Christensen advised Microsoft on their groundbreaking commitment to carbon neutrality powered by a global carbon fee across their operations to drive increased efficiency, renewable energy use and reduced emissions. CGS advised on policy engagement, communications, partnerships, and operational and investment strategies to maximize Microsoft’s impact. (2012) She supported climate leadership by Duke Energy Chairman & CEO Jim Rogers including by drafting speeches and testimony including “Pathways to a Green Global Economic Recovery” legislative testimony before the Senate Foreign Relations Committee (May 2009).

In addition to running her consulting firm, she worked in “green” leadership positions at Google.org and the U.S. Department of Energy and she advised on environmental issues while practicing law with the World Bank and with Baker & McKenzie’s groundbreaking Climate Change and Clean Energy practice group.  At Google she guided climate strategy development for Google.org and advised on the company’s first climate change initiatives including: developing the Google.org RechargeIT plug-in hybrid project from conceptualization through implementation, shepherding a corporate commitment to carbon neutrality, and successfully lobbying for passage of California’s climate change legislation (AB 32).  At the U.S. Department of Energy she coordinated Latin American energy policy, drafting and negotiating the Summit of the Americas hemisphere-wide accord on sustainable energy (1994) and launching the Hemispheric Energy Steering Committee, a cooperative effort of 34 nations shaping energy policies to benefit sustainable development across the region.

Ms. Christensen has contributed to building the global clean economy by driving the creation of a number of organizations, campaigns, and businesses including the Clean Economy Network (merged with Advanced Energy Economy), the Global Observatory, EKO Asset Management Partners (now Encourage Capital), and the Newark Green Future Network. She is also responsible for critical firsts including at the US Department of Energy she drafted and negotiated the first U.S. bilateral and regional agreements on climate change (Costa Rica, et al, 1994-97) and at Stanford Law School, writing and successfully advocating for the adoption of the first university endowment investment policy on climate change (Stanford University, adopted 1999).

Now living in Sun Valley, Idaho, Ms. Christensen is leading efforts locally to build a resilient community model that reflects local values as founder of the Sun Valley Institute for Resilience, serving on the Sun Valley Economic Summit committee and as Chair of the City of Ketchum’s Energy Advisory Committeee. She has attracted outside partners with whom to build this model, leveraging local renewable energy to benefit the economy and the environment. As manager of the Christensen Family Office, Ms. Christensen oversaw the transition of her family’s investments to align with environmental values across a portfolio of early stage companies, renewable energy projects and funds and she is a member of Divest-Invest.

For her ongoing environmental leadership, in April 2011 the Hillary Institute of International Leadership’s international board chose Christensen as its third global Laureate for exceptional leadership on Climate Change Solutions, and in 2010 she was awarded an Aspen Institute Catto Environmental Leadership Fellowship. In 2008, she spoke on energy issues at the Democratic National Convention in Denver and she was named an “emerging leader” by the New Leaders Council.

Ms. Christensen is often requested to serve as a speaker or moderator, including: at the Milken Institute Globbal Converence chairing the “Saving the World From Us: Strategies for Conservation” discussion with Academy Award winning director and producer Kathryn Bigelow, conservationists David Bonderman, Philippe Cousteau and Thomas Kaplan and speaking on the “Economic Implications of Climate Change” with the Ambassador of France to the United States, the CEO of the Nature Conserancy and the Editor in Chief of National Geographic also at the Milken Institute Global Conference (April 2015); chairing the “How Fast Can Small Grow? The Case for Solar Power” discussion at the Skoll World Forum in Oxford (April 2015); and in Paris during the UN COP21 at the UN Foundation’s Earth to Paris, chairing a conversation among Paul Bunje, Lead Energy & Environment, XPRIZE, John Woolard, VP of Energy, Google and Adrian Grenier, Actor, Activist & DELL Social Good Advocate (December 2015).

She serves and has served on numerous boards and advisory boards including the E15 Initiative of the International Center for Trade and Sustainable Development and the World Economic Forum, the U.S. Homeland Security Department’s Sustainability and Efficiency Task Force, the American Council on Renewable Energy, ecoAmerica, EKO Asset Management Partners, FuseCorps and the International Centre for Trade and Sustainable Development. She has appeared on numerous media outlets including Bloomberg, NPR, Fox Business, Fox News, and The Street and has been quoted in U.S. News and World Report, USA Today, Salon.com and Grist Magazine.

She has a B.A. from Smith College and a J.D. from Stanford Law School.