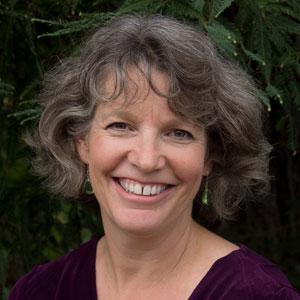 Serving in the Legislature from 2017 - 2021, Beth was one of Washington’s foremost leaders on clean energy and climate, housing and issues facing working families. She helped lead the passage of groundbreaking legislation to empower workers through higher wages and improved protections; to make Washington a leader in the fight against climate change; and to provide more resources to address homelessness.

As Vice Chair of the Capital Budget committee, she helped secure millions in funding for infrastructure projects, land preservation and recreation, housing, and clean energy. She also served on Transportation, Energy and Environment, Labor and Workforce Standards and the Technology and Economic Development Committees.

She is currently serving as the Vice-Chair of Quixote Communities, a non-profit providing housing units with a focus on Veterans and is a current member and co-founder of Win With Women, dedicated to electing progressive women to the state legislature. She is the Board Chair of the PARC (Parks, Arts, Recreation and Culture) Foundation and a board member of her local YMCA.

After graduating from Indiana University with a degree in Political Science and Telecommunications, Beth moved to Washington state in 1987.

Beth’s environmental leadership in our state began three decades ago as the founding Executive Director of Washington Conservation Voters (WCV). Under Beth’s leadership, WCV became one of the state’s most prominent environmental organizations: developing 12 chapters, creating a robust voter education program, and playing a key role in shaping policy to protect Washington’s natural resources and environment.

Following her time at WCV, Beth worked in the public, private, and non-profit sectors, including at the National Abortion and Reproductive Rights Action League (NARAL) and Audubon Washington, where she continued to fight for progressive, environmental, and community priorities.

Beth was a staff member at Climate Solutions from 2007-2020 working to pass federal, state and local climate policy and serving as the director of the Power Past Coal campaign. She currently serves as a consultant primarily on housing and climate issues. She enjoys backpacking, mountain biking, yoga, canoeing, and good food and laughter.