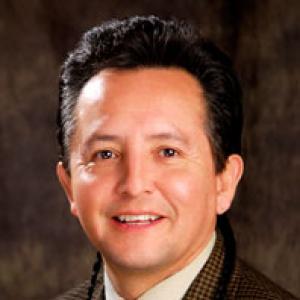 Don Sampson is the Climate Change Project Director for the Affiliated Tribes of Northwest Indians, a consortium of 57-tribes in the Pacific Northwest. In 2015 he was one of 15 Indigenous representatives from North America at the Paris Climate Accords (COP21).