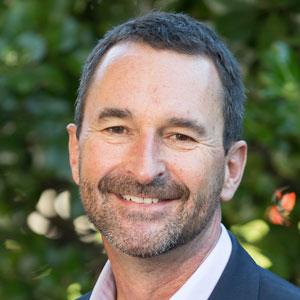 Hal Harvey, the keynote speaker for Climate Solutions' 2018 annual dinner in Portland, is the CEO of Energy Innovation, a San Francisco-based energy and environmental policy firm. Since its inception in 2012, Energy Innovation has delivered high-quality research and analysis to policymakers around the world and across a range of jurisdictions to help inform their energy policy decisions.

Previously, Hal was the founder and CEO of ClimateWorks Foundation, a network of foundations that promote polices to reduce the threat of climate change. From 2002-2008, he served as Environment Program Director at the William and Flora Hewlett Foundation. From 1991-2002, Hal served as founder and President of the Energy Foundation, a philanthropy supporting policy solutions that advance renewable energy and energy efficiency.

Hal has served on energy panels appointed by Presidents Bush (41) and Clinton, and has published two books and dozens of articles on energy and national security issues. He is President of the Board of Directors of the New-Land Foundation, Chairman of the Board of MB Financial Corporation, and Vice Chairman of the Scientific Advisory Board for Mercator Climate Center. He is also a Senior Fellow for Energy and the Environment at the Paulson Institute, and in 2016 was awarded the Heinz Award for the Environment.

Early in his career, Hal designed and built solar homes, and built an electric car for his commute. He holds B.S. and M.S. degrees from Stanford University in Engineering, specializing in Energy Planning.