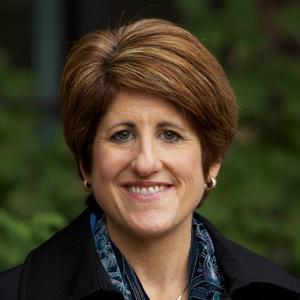 Jackie Dingfelder brings 30 years of environmental planning and policy experience in the private, non-profit, and public sectors. She recently earned her PhD in Public Policy and Affairs at Portland State University in the Hatfield School of Government. In 2016, she served as a 2016 Ian Axford/Fulbright public policy fellow researching freshwater reforms and indigenous water rights in New Zealand.

From 2013-2016, Ms. Dingfelder served as the Environmental and Planning Policy Director for Portland Mayor Charlie Hales. Prior to joining Mayor Hales’ staff, Ms. Dingfelder worked as Executive Director for River Restoration Northwest, Watershed Program Manager at For the Sake of the Salmon, and as an environmental planning consultant in private sector for over a decade and half.

In addition to her professional career, Ms. Dingfelder served in elected public office from 2001-2013 in both the Oregon House and Senate where she chaired the House Energy and Environment Committee and the Senate Environment and Natural Resources Committee.