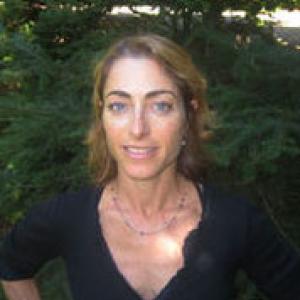 Sally developed and produced award-winning television and web entertainment for almost three decades. She began her career at MTV Networks in New York, creating and supervising various music long-form programming including Behind The Music at VH-1. She then spent 12 years in Los Angeles, moving from special event programming to developing and producing scripted dramas and comedies for all the major networks, working with such creative luminaries as Aaron Sorkin, Ron Howard and J.J. Abrams. She moved to Portland, Oregon with her family, and was Vice President of Entertainment for ad agency, Wieden+Kennedy. There she produced branded long-form content for global brands such as P&G and Coca-Cola. She also executive produced the TV drama, Unreal, for which she won her second George Foster Peabody Award. Sally likes to see herself as a survivor of Hollywood. And that moving to Oregon was the smartest move she’s ever made.

One year ago, Sally decided she was going to pivot entirely and go to law school, a completely humbling experience. After being accepted to Lewis & Clark, she realized the climate didn’t have 4 years to wait for her degree, and is now 100% working in defense of the climate crisis. She is also an active member of Environmental Entrepreneurs (E2), Earth Justice, and a Climate Reality leader. She is developing thoughts around a social media campaign to help push climate awareness and engagement in the 2020 election.