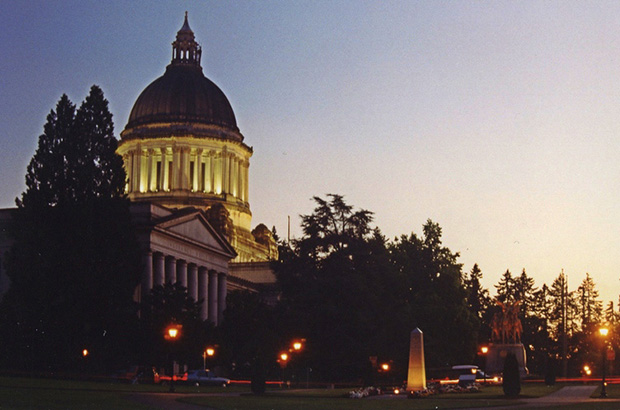 "Climate delay is just as bad as denial. This year’s legislative session was a comprehensive failure to act on climate," said Vlad Gutman-Britten, Climate Solutions Washington Director. "Two thirds of Washington voters support a Clean Fuel Standard. Yet instead of listening to the people, Senate Democrats sided with the oil industry and handed veto power to a small minority in their caucus. On climate, our senate is kicking the can down the road towards a cliff. The legislature passed some good bills to further clean energy. But they passed nothing substantial, and nothing that would challenge the oil monopoly that we face.”

“We do not get to take a year off from climate change. If we aren’t working to solve this crisis year after year, we are losing the fight,” said Alyssa Macy, CEO, of Washington Environmental Council and Washington Conservation Voters. “The Senate cannot be the place where climate action goes to die.”

“Lawmakers demonstrated that they understand there is a climate crisis for Washington communities by updating our state’s greenhouse-gas emissions targets and investing in climate resilience,” said Mike Stevens, Washington state director for The Nature Conservancy. “It is thus all the more unfortunate that, despite progress in the House, the Senate failed to exercise leadership where it matters most, and did not enact major policies such as the Clean Fuel Standard that would have provided the very tools we need to meet our emission reduction targets.”

There is strong and very diverse support to pass a Clean Fuel Standard, notably including the Alliance for Automotive Innovation as well as major in-state fuel users such as Waste Management, Alaska Airlines and the Port of Seattle. They have voiced strong support for the policy as a key solution to cut transportation pollution, protect public health, and help low-carbon alternatives compete in a fuel market currently monopolized by big oil  by aligning with California, Oregon, and British Columbia—all of whom already benefit from their own successful clean fuels programs.

Below are some of the hundreds of organizations, local elected officials and jurisdictions, health associations and hospitals, small businesses, unions and advocacy groups that urged the legislature to pass HB 1110 this session: