Since 1993, the Pacific Forest Trust (PFT) has been dedicated to conserving and sustaining America’s vital, productive forest landscapes. Working with forest owners, communities and an array of partners, we advance innovative, incentive-based strategies to safeguard our nation’s diverse forests. In so doing, we’re ensuring forests continue to provide people everywhere — from rural communities to urban centers — with a wealth of benefits, including clean water, sustainably harvested wood, green jobs, wildlife habitat and a livable climate.

A pioneer in the use of working forest conservation easements, PFT has directly conserved 50,000 acres of forestland in California, Oregon and Washington valued at more than $160 million. PFT also has been a leader in state, regional and national efforts to ensure forests remain part of the climate change solution. In 2002 PFT worked with California State Senator Byron Sher to develop Senate Bill 812, which successfully included forests in California's landmark voluntary program to combat climate change. That program was an important precursor of California's pioneering, economy-wide plan to reduce emissions—mandated by the state's Global Warming Solutions Act of 2006 (AB 32).

PFT subsequently led the development of the first version of the Climate Action Reserve Forest Project Protocol—adopted by the ARB as a voluntary, early-action tool to fight climate change in 2006—and has been intimately involved in all of the protocol revisions since then. Concurrently, PFT put those protocols to the test with The Van Eck Forest Project, California's first registered emissions reduction project, which demonstrated how landowners can generate financial returns by stewarding their forests for climate benefits. Emissions reductions from the project have been sold to prominent local, state and national officials, as well as respected international carbon investment management firms, U.S. businesses and retail-level offset providers.

As California has developed its plan to achieve its climate goals under AB 32, PFT has worked closely with state regulators and other stakeholders to ensure that the contributions of forests as a sector are recognized in a comprehensive way. The state has adopted PFT's framework that calls for measuring and monitoring forest carbon stocks and changes, mitigating losses, and marketing gains in forest carbon storage. 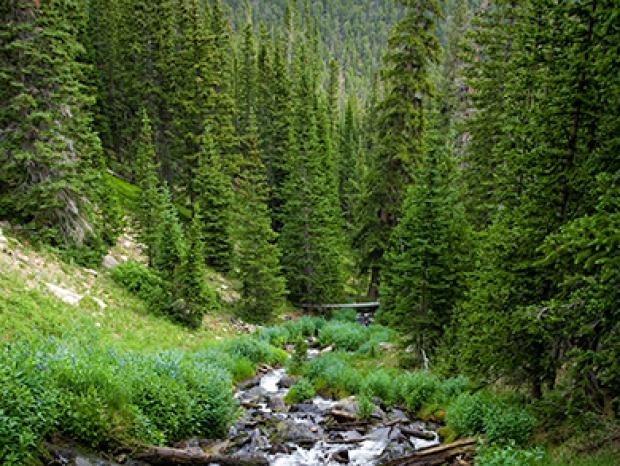 Today, PFT is working with landowners, conservation groups and for-profit partners across the country to harness the climate benefits of forests. In Oregon, PFT is increasing carbon stocks on Van Eck Forest lands in Lincoln County though improved forest management guided by a working forest conservation easement. PFT also works with Carbon Canopy, a consortium of companies (including Staples and Coca Cola), forest land owners, and NGOs that have joined to leverage markets for ecosystem services with the aim of increasing the area of southern U.S. forests that are FSC-certified as sustainably managed.

PFT has drawn on its experiences pioneering the forest carbon market in California to: