On the Path to SunShot
Image 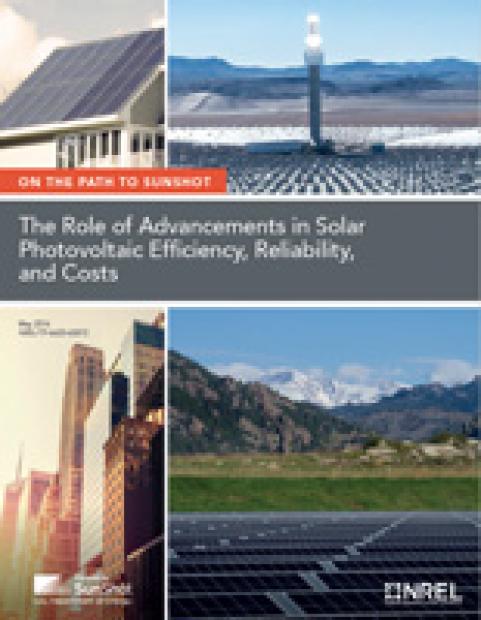 The National Renewable Energy Laboratory and the U.S. Department of Energy (DOE) produced On the Path to SunShot in May 2016 to report on the advances in solar photovoltaic efficiency, reliability, and costs and assess the effectiveness of the SunShot Initiative that the DOE launched in 2011 with the goal of making solar electricity cost-competitive with conventionally generated electricity by 2020.

Achieving this goal meant a 75 percent drop in the price of photovoltaic (PV) and concentrating solar power relative to 2010 costs across the residential, commercial, and utility-scale sectors, which the 2012 SunShot Vision Study determined would mean that solar would meet approximately 14 percent of U.S. electricity demand by 2012 and 27 percent by 2050. On the Path to SunShot takes stock of where the program stands at the midpoint toward its 2020 goal.

Turns out that the past five years have seen tenfold increase in total U.S. solar deployment and a 65 percent drop in the levelized cost of energy and U.S. PV deployment has increased at a compound annual growth rate of 54% from less than 0.1% of total U.S. electricity generation in 2010 to 0.9% at the end of 2015 (EIA 2015).

The figure below shows PV levelized costs by sector and demonstrates the drop in costs with and without the Investment Tax Credit as well as what it takes to attain the SunShot goals of 6, 7, and 9 cents per kWh (¢/kWh) in the utility, commercial, and residential sectors, respectively, without subsidies and with an average solar resource. 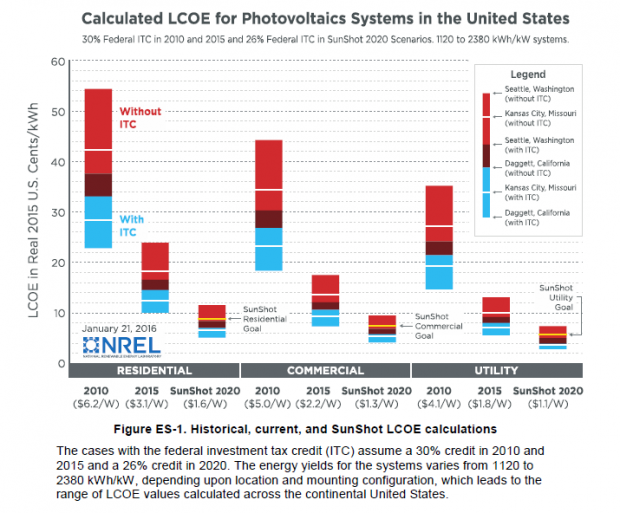 To get to the 2020 targets, lower PV module and operating system costs, as well as improvements in reliability and efficiency are required. Price is important, but so is extending the lifetime of the PV as well as how much its output degrades over time.