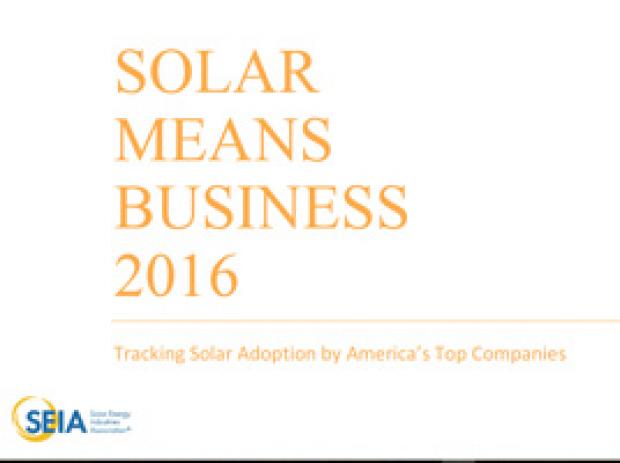 The Solar Energy Industries Association (SEIA) produced its 5th edition in October 2016 of Solar Means Business, Tracking Solar Adoption by America’s Top Companies, which examines large corporations’ adoption of solar, which has expanded from 300 megawatts (MW) in 2012 to over 1 gigawatt (GW) in 2016.

The analysis looks only at the largest adopters of solar, not all corporate solar in the U.S., which represents 16 percent of all non-residential, non-utility-scale solar photovoltaic capacity in the country. SEIA’s data come from solar companies, solar installers, and publicly available date, such as press releases or state regulatory bodies.

The highlights from the report include:

The graph below shows the solar capacity installed by the top 10 corporations included in the report: