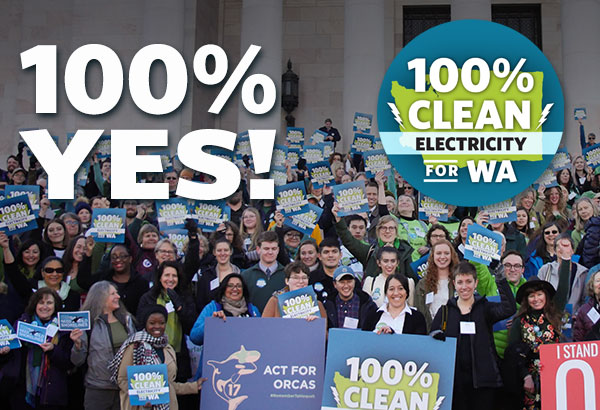 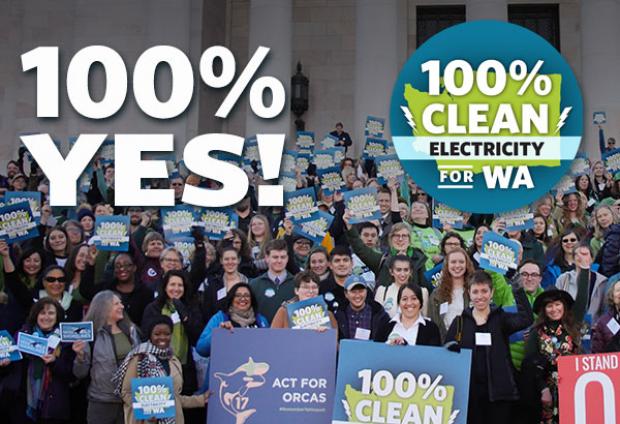 Statement issued by a coalition of groups, including Climate Solutions.

This major climate action demonstrates collective agreement around the growing urgency to address the economic, public health, and environmental impacts of climate change. A unique and diverse coalition of labor unions, environmental justice groups, businesses, medical professionals, faith leaders, and environmental and clean energy groups worked together to to get the Legislature to pass the bill,  in development for several years.

The state’s commitment to 100 percent clean electricity will boost jobs and strengthen energy equity through provisions in the bill that increase funding for energy assistance programs for low income households and incorporate equity considerations in the planning and acquisition of new sources of electricity. The bill also ensures new clean energy jobs that include strong worker protections and pay family wages.

For more information about the legislation and a great array of quotes supporting the bill, please see the press release from last week’s House vote, at which hundreds of youth were present to witness the historic floor debate.