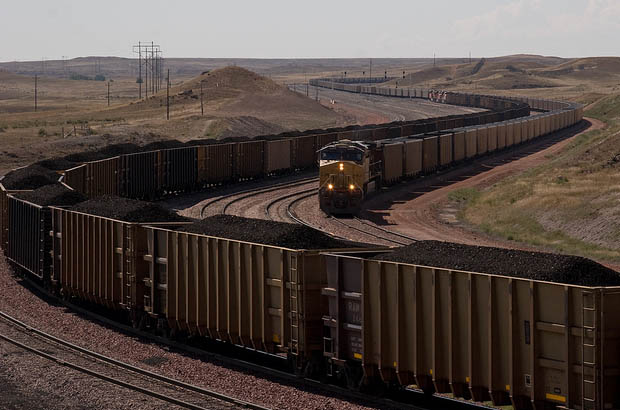 Longview, WA - Arch Coal, Inc., the second largest coal supplier in the United States, announced today that it would be filing for bankruptcy protection after suffering several quarters of losses and being unable to restructure its debt. The company has been a major player in coal regions across the U.S., including Appalachia and the Powder River Basin. In the Northwest, the announcement significantly reduces the likelihood that several Arch Coal projects across Montana and Washington State will move forward, including the Otter Creek mine and Tongue River Railroad in Montana, as well as the proposed Millennium Bulk Terminals coal export terminal in Longview, Washington.

Due to plummeting profitability of domestic coal production, the company had planned to open a massive new coal mine at Otter Creek and then transport it using the Tongue River Railroad, for eventual export to Asia through the proposed Millennium coal terminal in Washington State. Today’s bankruptcy announcement puts these plans in jeopardy and underscores Arch Coal’s dwindling business prospects.

Arch Coal has experienced a dramatic decline in the five years since it purchased an interest in the Millennium coal terminal.  Arch’s stock price topped out at over $360 a share on a split adjusted basis, in early 2011.  Since then, it has plummeted to under $1 share before today’s bankruptcy announcement, which will likely result in the equity holders getting nothing. The bankruptcy filing is directly attributable to the Company’s spending spree during the market peak for coal prices, which resulted in it incurring over $5 billion in long-term debt, most of which is due over the next 2-4 years, as well as more than $500 million in losses in the past year. Arch has continued to dramatically increase pay for its executives to reward them for failed strategies, while failing to adapt to new public health concerns about coal pollution and the public's increasing demand for clean energy. 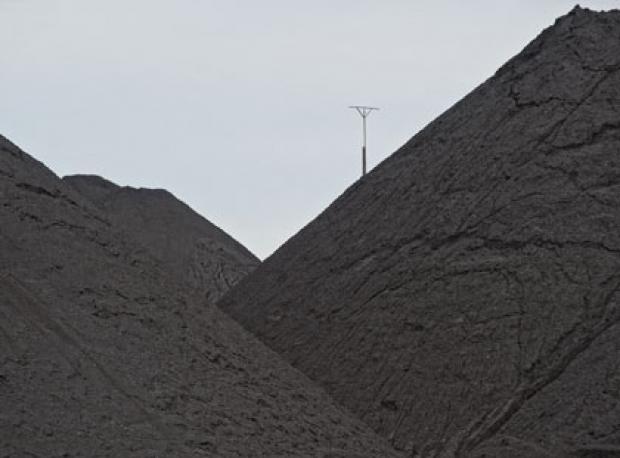 "The last thing Longview businesses need is Arch Coal dragging down our community  with their financial insecurity. Their bankruptcy is further proof that coal is a dead end commodity to invest in. The risks are high and the return low. Why would Longview gamble with our future? We can do better!"

“Arch’s bankruptcy is the final nail in the coffin for the Millennium coal terminal in Longview, Washington, as well as the company’s fading dreams to make itself into a major player exporting Montana coal to Asian markets.  Today’s announcement leaves that project without any solvent backers and reflects the fact that financial markets have decisively rejected the idea of pouring hundreds of millions of dollars into risky export schemes.  We need to close the book on this effort to revive a dying industry and help Longview build a viable economy for the 21st century.”

“Arch’s financial collapse shows that Big Coal makes a terrible partner for local communities looking for stability and economic prosperity. The domestic coal industry continues to disintegrate, international coal markets are at a decade low—and the smart money is staying as far away as possible from coal. Longview deserves a partner that can deliver on its economic promises. Arch can’t.”

“Arch Coal’s bankruptcy is the latest sign of a profound shift in America’s energy landscape. With one-third of the nation’s coal plants slated for retirement, due to grassroots advocacy and increased competition from renewable energy, the coal industry’s prospects are fading. The bankruptcy of America’s second largest coal company, which comes on the heels of an historic, universal climate agreement in Paris, is a clear signal that coal is a fuel of the past, and that America’s future will be powered by clean energy that doesn’t harm public health or our climate.”

“As we transition away from coal to clean energy, it is essential that all levels of government and the private sector invest in the coal workers and the communities who have powered our country for a over a century, so that they can enjoy new economic opportunities that provide long term stability. Congress in particular should support these communities during this transition by making sure that coal workers, and their families, continue to have financial stability, education and training opportunities, as well as all of the healthcare and pension benefits they’ve earned through their years of service. Additionally, lawmakers need to provide the kind of funding necessary for cleaning up the toxic legacy left behind by the industry.

“Coal workers and their communities were the backbone of America's industrial revolution, were critical in our victory in two world wars, and were major contributors to the rise of American prosperity. As coal is replaced by cleaner forms of energy, we must provide those workers and communities with the support and gratitude they are due.”