A clean tech company in Portland, Oregon is taking strides to ensure windows take your breath away, not your warmth.

We’ve all sat next to drafty windows. The feeling of cold air seeps in and settles over you. Alternatively, on a hot summer’s day, the glass in the windows magnifies the sun’s heat into your living room. While windows are portals to the outside world and an important part of a home’s architecture, they also create unwanted temperature fluctuations. In fact, windows are a primary source of energy loss from buildings, according to the Carbon Trust. Pair that with the fact that buildings themselves are the number one energy consumer in the United States and you’ve got some huge energy loss. That’s the problem Sam Pardue, founder and CEO of Indow, set out to fix: “If you’re going to take aim at climate change, coming up with a cost-effective solution for windows is absolutely vital.”

The residential energy efficiency economy often sits in the shadows cast by the wind turbines and solar panels of clean energy production. When it comes to making your home sustainable, insulating your attic certainly lacks the appeal of a new Tesla home battery or roof top solar panels. Yet, residential inefficiency leads to a significant amount of energy waste in the U.S. That’s where Indow comes in. A Portland-based cleantech company, Indow (formerly Indow Windows) is pioneering the field of energy efficient technology with its ingenious window inserts.

In 2009, Pardue sat in his century-old home admiring its large windows, but could not ignore the draftiness. “I was really concerned with the amount of energy that was being lost” he said, “I was motivated to do something about [my windows]. I looked into replacing them, but was horrified at what it would cost… So I started searching for a solution.” A few weeks later, Pardue and a friend came up with a clever innovation to combat his energy loss.

Pardue’s breakthrough was an interior window insert that stops air from seeping through the cracks around his windows. The first prototype was installed in his dining room. Six years later, the idea has blossomed into a nationwide solution.

Indow window inserts are designed to be a simple, cost-effective tool to reduce energy consumption. The inserts are composed of a sheet of acrylic glazing edged with the company’s patented Compression Tube. Pardue explains, “It gives you double-pane window performance at a much lower cost, and you don’t have to rip out your existing windows.”

Despite the simplicity of the design, Pardue explains, the company has had to deal with some surprising complexities. The compression tube that goes around the edges of the inserts has to account for thermal contraction and expansion: as temperatures outside cool, inserts shrink; as it gets warmer, they expand. Hardly any residential windows are perfectly square, especially in older houses; so every insert is custom-fit for its respective window.

To streamline customization and ensure accuracy, Indow created a proprietary IT system it calls the Measure Order Data Interface, (MODI). MODI is a laser measuring system that allows for much greater accuracy than measuring by hand. “Of the 17,000 inserts we have sold, only a handful of them have come back as misfits,” Pardue says. That’s accuracy of over 99%! Not bad for a young company trying to fight one of the highest-ranked sources of inefficient energy use. 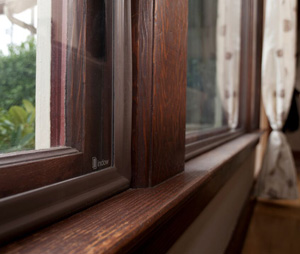 In addition to the standard inserts, specialty options include a Museum Grade that blocks 98% of UV radiation, an Acoustic Grade that reduces outstide noise by 70%, and a blackout Sleep Panel, which blocks all light and reduces noise by 50%.

Indow window inserts cut the amount of energy loss from single-pane windows in half, and completely eliminate the drafts that sweep through older windows.  Two independent pilot studies conducted by the Pacific Northwest National Laboratory and Portland State Green Building Research Laboratory, both demonstrate that Indow’s inserts save about 20% of the cooling and heating energy in a typical Pacific Northwest home. “Savings will probably be greater in areas with more extreme climates,” according to Pardue. That’s a staggering amount of energy saved through a single measure. Compared to the process of outfitting your home with new insulation, which reduces energy consumption by about 30-35% on average, the inserts take far less time, effort, and money.

Energy efficient through and through

Indow’s commitment to energy efficiency doesn’t stop with its products. “We are trying to make everything about this business as efficient as we can,” says Pardue. Nearly all of the company’s excess production material is recycled. The team at Indow has eliminated the need for dealers to travel long distances for training.

Instead, they are training new dealers online to take measurements and do installations. The online program is cost effective both for Indow and the dealers, plus it reduces carbon emissions. These practices serve to enhance Indow’s triple bottom line vision, serving “people, planet, and profit.” Pardue explains: “As we become more efficient, we share the increased profit margin with our customers through lower prices; with employees through higher wages; and with the company through retained earnings to increase growth… That’s going to be what allows us to have the biggest impact on climate change.”

Indow has been nationally recognized for their commitment to efficiency. “We felt a great sense of accomplishment at the Cleantech Open,” says Pardue. The Cleantech Open is the largest competition for businesses working with sustainable technologies in the U.S. There, Indow took home the National Energy Efficiency category award, came in second for the grand prize in the business competition, and won the National Sustainable Business Practices award. This June, Indow raised about $1.2 million with support from investors.

Pardue succinctly sums up Indow’s vision: “to provide homeowners with comfort and quiet, while helping them achieve financial and environmental harmony. Every Indow we sell is a little victory both for our customer as well as the planet…. We want to create a profitable business that as it grows, blocks more and more carbon from entering the atmosphere and gives humanity more time to solve the terribly difficult problem of climate change.”

The most sustainable house is the one you’ve already got. Indow helps its customers preserve the charm of their beloved homes and mitigate their impact on the environment. Sounds like a win-win(dow). 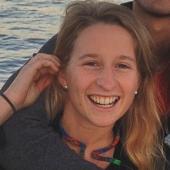 As a rising senior at Hamilton College in Clinton, New York, Nina interning with Climate Solutions’ Communications team during the summer of 2015. At Hamilton, Nina is pursuing a degree in Comparative Literature with minors in Geoscience and History. She is interested in renewable energy law and, at Climate Solutions, hopes to deepen her understanding of effective communication when it comes to galvanizing a community for environmental justice.