Last week was a major milestone in the transition to 100% clean energy in the Northwest. On Friday, Washington’s largest utility, Puget Sound Energy (PSE), announced a tentative agreement that will help them begin the transition away from using dirty coal to power our homes and businesses in the next decade.

The settlement agreement has broad support from clean energy organizations, low-income advocates, and state agency staff at the Utilities and Transportation Commission, and we thank our partners who worked incredibly hard to reach this agreement.  It now goes to the three members of the Utilities and Transportation Commission (UTC) for their approval.

Coal is the world’s largest contributor to climate change, and the vast majority of the GHG emissions from home electricity use in Washington comes from coal. By releasing nearly 12 million metric tons of carbon per year, PSE’s electricity alone is responsible for about 1/8th of all carbon pollution in the state.

PSE is an owner of the Colstrip Power Plant in Montana, one of the largest and dirtiest coal plants in the West and the nation's 15th-largest producer of greenhouse gases, according to the EPA. The new settlement puts two power units on a path to reach the end of their useful life by 2027. Coupled with a previous binding agreement that will close the other half of the plant even sooner, we are well on the way to eliminating one of the last coal plants serving Washington.

This settlement also builds on the Oregon law passed last year for Oregon’s two largest utilities to completely transition away from coal-fired power, and may even accelerate Oregon’s transition off coal if Colstrip were to actually close in 2027.  While last week’s deal does not necessarily guarantee closure, it does make it financially easier to retire the units early and sends a strong signal that retirement is inevitable.

The High Cost of Coal

While this decision is a major win for clean energy and the climate, the local community in Colstrip relies heavily on the power plant for jobs so has a lot at stake with a potential early retirement.  Prioritizing a just transition for the community, PSE has agreed to work side-by-side with the community to create local economic development opportunities, committing $10 million to help workers transition to new jobs in Montana. Additionally, the settlement helps protect low-income customers through a doubling of funds for bill assistance and weatherization programs.

In addition, Puget Sound Energy’s Washington customers will be on the hook for millions of dollars in clean-up costs from these plants. Don’t get me wrong - Climate Solutions supports an early closure of Colstrip - but utilities should learn from this case and not put customers on the hook for risky fossil fuel investments in the future.  We hope that utilities and regulators take this as a sign and prioritize carbon-free resources that protect Washingtonians’ wallets, as well as their health.

This announcement makes a significant stride towards the pathway to 100% clean, but it is not the end of the discussion.  How PSE will replace the energy once Colstrip is retired remains an open question.  Instead of replacing one fossil fuel with another that we’ll have to pay to clean up before too long, utilities in Washington must commit to carbon-free, renewable resources that protect customers, reduce risk, and are 100% clean. 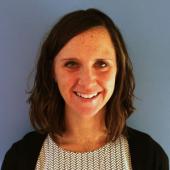 Kelly helps to develop and implement the policy and regulatory agenda for transitioning Washington to a clean energy economy. She most recently held the position of Washington Policy Manager with Renewable Northwest, where she advocated for frameworks to expand renewable energy penetration in the region.

Having spent time as a Probation Officer in Indiana, a Volunteer Coordinator in Argentina, and an AmeriCorps Tutor in Seattle, it wasn’t until after taking a course on the ethics of climate change that her career path and passions would converge into action on climate change.  She graduated with an M.P.A. from the University of Washington with certificates in Environmental Management and Climate Science in 2014.  While in graduate school, Kelly held positions as a Research Assistant with the Climate Impacts Groups, a Sustainability & Materials Management Intern with the U.S. EPA Region 10, and a Student Consultant for the PNW Smart Grid Demonstration Project.

In her free time, Kelly enjoys finding new adventurous hikes, wandering around on a bike, and tasting Washington’s finest wines.