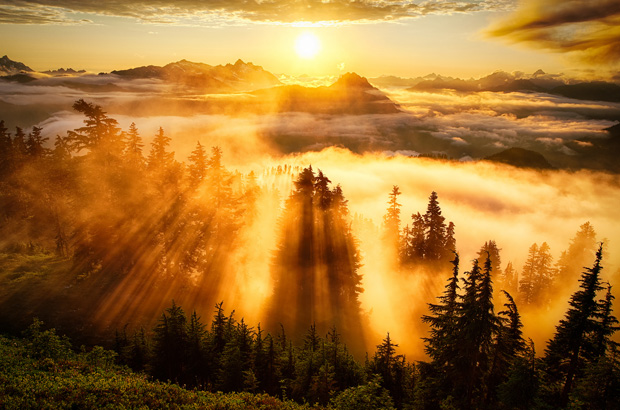 Climate Solutions, as part of the diverse and multisector Alliance for Jobs and Clean Energy, welcomed this action, stressing the importance of using this step to take longer strides in building support for a comprehensive solution—one that ensures equity and investment in the communities most affected by climate impacts, and fairness for the workers who have the most at stake in an equitable transition to cleaner energy.

In July, Governor Inslee directed the Department of Ecology to define limits on greenhouse gases to help meet statewide emissions limits set in 2008. The governor took action after the State Legislature’s failure to take meaningful climate action—most recently during the 2015 session. The Governor then stated that he would need to take all actions within his authority, given the urgency of the climate crisis and the growing impacts being felt across Washington. He also confirmed his intention  to continue working to achieve a more comprehensive solution.

The newly proposed Clean Air Rule will reduce the amount of global warming pollution produced in Washington by holding the state’s largest polluters accountable for their emissions.

The Clean Air Rule responds to the urgent need for action as communities across the state continue to be devastated by extreme weather events. “This year’s record-setting drought and wildfires are sobering examples of what our future will look like if we don’t take action on climate change,” says Ecology Director Maia Bellon, “We need to do our part to protect what we have for future generations. We can’t afford the cost of inaction.”

Washington’s vulnerabilities to climate change extend from the Snake River to the Olympic Peninsula.   Climate change increases the frequency and ferocity of a lot of strange weather and other impacts.  The largest wildfires in state history have again devastated Washington communities and threatened public health. Disappearing snowpack and drought threaten drinking water supplies, agricultural irrigation and fisheries, as well as almost 75 percent of the state’s electrical capacity. Ocean acidification is damaging shellfish beds and creating significant challenges for a major coastal industry. The Clean Air Rule will address the root causes of these impacts and show the world that Washington is ready to lead.

The details of the rule will be developed following extensive public comment; Ecology officials are initially considering establishing limits for companies that produce 100,000 metric tons or more of global warming pollution. Those entities, ranging from power plants to petroleum fuel producers, account for approximately 55-60% of the state’s total carbon emissions.  Ecology anticipates that the rule will offer a wide variety of options for regulated businesses to reduce their carbon pollution, including obtaining or trading credits from others, or funding projects that reduce carbon pollution.

Ecology is planning to develop the rule over the next year with numerous opportunities for public involvement and comments.

Protecting Washington’s agriculture, water, forests and public health from climate change requires urgent action. The cost of inaction is too high and there is still a window to solve the challenge we face. The Clean Air Rule is a critical step for protecting these valuable resources, and developing a more comprehensive climate program.  Climate Solutions and our allies in the Alliance for Jobs and Clean Energy will be working to make this rule as strong as possible, while working together for comprehensive climate and clean energy action that:

We hope you add your voice as a supporter for the Alliance for Jobs and Clean Energy to make Washington a national leader in climate action.  It’s going to take all of us stepping up to address the climate crisis.

Washington Policy Associate Caleb Smith (full bio here) is a recent graduate from the University of Washington’s Jackson School of International Studies. Caleb first served as an intern with Climate Solutions’ Strategic Innovation Team in summer 2015. While his academic background is in international development, his passion is clean energy technologies.