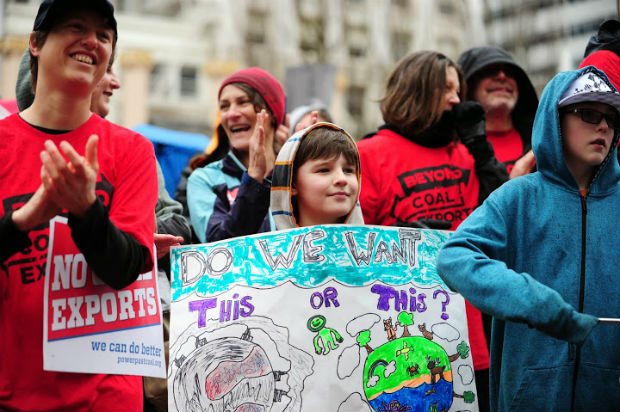 With 400,000 people hitting the streets of New York this week, and some 2800 People's Climate sister events around the globe, the call for action on climate is both loud and urgent. In our Pacific Northwest corner of the world, we have been shaking the earth for the last four years, with a message aimed squarely at the coal companies – and now the oil companies – hoping to ship their dirty commodities through our states by rail and barge: You Are Not Welcome.

They haven’t quite gotten the message yet. After all, there a lot of profits at stake for coal and oil executives.  But we've been racking up some clear victories.

Let’s start with coal. In the last few years, Oregon and Washington have faced six proposals to export coal through our ports. Now, only two are left. Proposals for coal export terminals in Coos Bay, Port Westward, and Grays Harbor have been shelved. And last month, community opposition and responsive government decisionmaking brought down the Port of Morrow project, a scheme that would have sent nine million tons of coal a year by to the Port of Morrow by rail, then barged it down the scenic Columbia River to Port Westward for shipment to Asia.

The Power Past Coal campaign waged a very aggressive campaign to convince political leaders – and in particular Governor Kitzhaber – to oppose this project.

And that's just what happened. In April the Governor publicly made his opposition crystal clear. In August, the Oregon Department of State Lands flat out denied a permit required to do in water work on the dock at the Port of Morrow. And in an unexpected move this month, the Army Corps of Engineers issued a press release stating their intentions to shelve their permitting on this project. This is a huge win for us. Of course, the company is appealing the decision, but the likelihood of them prevailing is very slim. This is a dead project.

Another big win came from the good work of our Power Past Coal partners in Montana, Northern Plains Resource Council. Their members were frustrated that no agency, federal or state, was considering impacts of all the rail traffic coal export would bring to Montana communities. Travelling for many hours to reach Spokane to attend public hearings on the project, Montanans were able to convince the state of Washington to consider Montana environmental impacts as part of the the state's environmental review of proposed monster coal facilities north of Bellingham and Longview. A good start – but not enough.

Next the Montanans turned to the state's Surface Transportation Board, asking that they take a look at the same impacts. A key infrastructure piece that needs to be built to get a good chunk of Powder River Basin coal to the ports in the Northwest is the Tongue River Railroad. And, this project needs permits from the STB.  The first victory came when the STB determined down line impacts need to be considered in the scope of the project’s EIS.  And, now they have ruled that our partners get access to financial information on the projected revenue and expenses of the proposed Tongue River Railroad. Arch Coal and Burlington Northern Santa Fe Railroad will have to open their books.  Should be interesting.

On the flip side, in British Columbia, the Port of Vancouver recently approved one of three permits needed for an eight million ton-per-year project on the Fraser River. Just like Morrow, this project is a rail-to-barge-to-ship project. Our Canadian partners have waged a campaign that has stalled this project for 18 months, and together we are continuing to fight the final permit needed for the project to move forward.  If they think we’re giving up now, they’ve got a surprise in store. We have a solid organizing plan and there is a legal strategy in play as well.  This project impacts all of us – these trains would move through our communities south of the Canadian border, and these huge ships course through our waters en route to Asia. And, of course the burning of all that coal completely eliminates the benefits of the plan to shutter Washington’s coal fired power plant in Centralia.

In Washington, we are in a quieter period as the drafting of the Environmental Impact Statements are in motion for both the Longview and Whatcom County projects. Opposition remains strong, however. The Lummi Nation just finished their second Totem Pole Journey connecting communities all along the rail line from the Bakken oil fields and Powder River Basin coal mines, through the Salish Sea and up into Canada’s tar sands. Led by King County Chair Dow Constantine, the Safe Energy Leadership Alliance is a coalition of 107 local elected leaders proving a voice to the myriad of local concerns about the transport of fossil fuels through the Pacific Northwest. And, the coalition of 115-plus partners of the Power Past Coal campaign keep their members up-to-date and weighing in at strategic moments.

There is no need for massive investments in coal export infrastructure – that should all be in the past. Let’s get on with it and commit to a future fueled by clean energy. 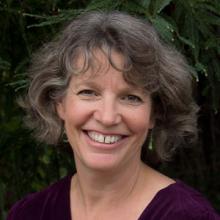 Tacoma school district unveils first electric school bus
How about some good news for a change?
Stronger together: working for a clean and fair economy
A new future