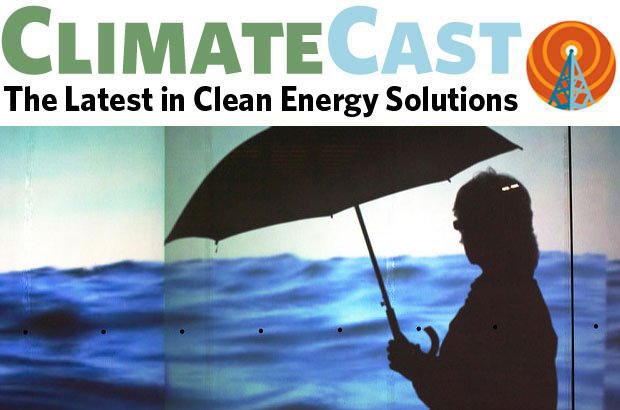 The federal government and coal lobby are working tirelessly to bring back the coal industry. But despite their efforts, American support for coal is waning. In just one year, the number of Americans strongly in support of phasing out coal increased by 11%. And, despite promises to end “the war on coal”, coal plant closures are actually accelerating under President Trump. Cloud Peak Energy Inc., which extracts its coal from the Powder River Basin of Wyoming and Montana, projected its 2018 earnings to be $75 million -- well below an original estimate of $116 million. Elsewhere in the US, Michigan utility Consumers Energy announced it will phase coal out of its electricity generation and generate 40% of its power from clean energy sources by 2040. Coal country lawmakers in Utah are thinking of suing California to challenge a rule that charges utilities an extra $15 per megawatt hour to buy coal-fired power as part of California’s cap-and trade-program to reduce climate emissions. But Utah’s Governor isn’t convinced that the state should spend the public’s money on the lawsuit.

US electric companies call for accelerated transition to clean energy

Gains in energy efficiency and power grids powered by increasing renewable energy mean not only good things for climate, but for our wallets too. Electricity accounted for 1.3% of U.S. personal consumption spending last year -- the lowest percentage in 58 years.  And a recent study commissioned by Portland General Electric showed that steep emissions cuts would help individuals and businesses save money. However, when it comes to energy efficiency, many low income communities are being left behind. Low-end housing is notoriously less energy efficient than other housing, and low-income Americans spend a higher percentage of their incomes on energy bills. A cleaner grid may be part of the answer, but additional work is needed to ensure low-income communities don’t fall through the cracks.

Research in Washington State confirms that we have more than enough renewable resources for electrification: It would only take 5.5% of the state’s wind and solar potential to power the entire state’s current electricity demand plus a fully electrified transportation fleet. A majority of Washingtonians welcome the shift to renewables; 69% of Washington voters support state measures to cut carbon pollution. We’re also making progress nationwide. Bloomberg New Energy Finance reports that 2017 US electricity generation from renewables accounted for 18 percent of the overall energy mix, its highest level ever. And Edison Electric Institute, the association of U.S. investor-owned electric companies, issued a statement to regulators calling for an accelerated transition to clean energy.

From West to East, we’re seeing concerted efforts to increase renewables, and limit and price pollution. Michigan, Nevada and Arizona are all working on citizen-led initiatives to strengthen statewide clean energy commitments. Michigan’s ballot initiative is pushing for a 30% renewable energy mandate by 2030, double what they have today. In Arizona, an initiative aims for the state’s utilities to use clean energy sources to generate 50% of the state’s electricity needs, up from 15% today. Nevada’s proposal would require the state to amend its Constitution to increase its renewable portfolio standard to 50% by 2030, up from the state’s current target of 25% by 2025.

Washington State’s proposed carbon tax cleared its most recent legislative hurdle, passing out of the Senate Ways & Means Committee and now awaiting action by the full Senate. Former Secretary of State John Kerry recently spent time at the Washington state capitol urging lawmakers to support the bill. If passed, Washington would become the first state in the nation to place a direct tax on carbon pollution. Finally, Singapore will implement its own tax on carbon tax this year, beginning at $5 per ton. Oregon’s proposed cap and price on climate pollution, the Clean Energy Jobs bill, is still being deliberated by lawmakers, who are currently considering an amendment to impose a cap on emissions now and allow the legislature to develop a pricing and investment structure next year.

A Dutch firm will convert a North Sea seaweed farm into a large solar energy farm that will pipe energy to the Netherlands. IKEA is spearheading a new program to help its UK customers purchase renewable energy tariffs. How do these tariffs work? When a home holds a renewable electricity tariff, its electricity supplier matches electricity taken out of the National Grid with that same amount of renewable electricity. The more this happens, the cleaner the grid becomes. Congress has voted to extend a 30% federal tax credit for geothermal heat pump installations, a move that drops the cost enough to make this clean energy source more competitive with traditional heating and cooling systems. These latest developments signal ways both big and small, conventional and unique, that we’re working to harness clean energy innovations.

As global carbon emissions rise, so do efforts to recognize climate change for the global threat it is

In its annual summary of global threats, US intelligence agencies warn that climate change will fuel “economic and social discontent -- and possibly upheaval” -- not just in the future, but this year. Global carbon emissions are on the rise, and the countries that have signed on to the Paris Climate Agreement may need to do more than simply follow through on their previous commitments if we are to curb increasing emissions. And 236 US mayors have joined an ever-growing chorus of voices calling for meaningful climate action, urging the EPA to implement the Clean Power Plan.

Climate change impacts often manifest in extremes, and its impact on water is no different -- whether it be drying up key water sources, or flooding that threatens lives and livelihoods. Close to home, climate change could wreak havoc on Northwest coastal wetlands, which protect against floods and erosion, filter water, and provide habitat that supports wildlife and commercial fishing. A new analysis shows that nearly all coastal wetlands in Oregon, Washington and California would be swamped at the highest predicted levels of sea level rise. In Florida, costs are rising right along with sea levels, as officials seek to replace sand continuously swept away by waves and wind. These efforts help protect seaside homes and businesses, and preserve Florida’s tourism industry. But it may be a moot point, as new data shows cities like Miami may be underwater in our kids’ lifetimes. New satellite data has confirmed that global sea level rise could accelerate to four inches per decade (or even more) by 2100. Bering Sea ice is currently shrinking, and it’s happening during the winter when sea ice should be growing. Where water is too prevalent in some places, it is lacking in others. Thanks to climate change, drought and overuse, some of the world’s largest lakes are shrinking, threatening crucial water sources, habitats and even entire cultures. South Africa recently declared a national drought disaster, and historic drought may soon impact industrial and agricultural output.

Cold snaps and heat snaps are both part of a new normal we’re trying to understand. Earlier this month, Washington D.C. experienced its earliest 80 degree day in history. Maine Portlanders were spotted in t-shirts. Boston experienced back-to-back 70-degree days. These unseasonably warm February days offer a preview of what is to come in a warming world. While these impacts on-land become more prevalent, climate impacts below the surface wreak havoc as well. Warming waters are dramatically impacting Arctic krill populations, which have declined by 80% since the 1970s. This decline threatens megafauna populations, including whales and penguins. Experts say that, even in the best case climate scenario, warming-related extreme weather events will continue to increase.

In brief: Smartphone technology can help farmers adapt and mitigate

Thousands of farmers in El Salvador and Colombia will benefit from a new smartphone technology to help them combat climate impacts to their crops. They will receive weather reports and recommendations on how to safely reduce water usage and adapt to weather changes that could affect crop yields. The three year pilot project is similar to a program already underway in Chile. If successful, the project would be replicated in areas of Central America’s “Dry Corridor”, which runs through Guatemala, El Salvador, Honduras and Nicaragua.