Jeff Wilcox via Flicker
Energy savings pays off for Stevens Pass Ski Resort
Rufus Woods
March 29, 2016
Stevens Pass Ski Resort is a great example of a company that is making sustainability pay off in terms of financial returns. The company has systematically analyzed every aspect of its energy use and waste streams and has found significant savings.
At a recent event put on by the Wenatchee River Institute, John Meriwether, director of environmental services for the ski area, said that sustainability efforts they have implemented have contribute about $450,000 in profitability annually.
Meriwether said the area has reduced materials costs by $112,000, energy expenses by $150,000 and seen increased revenue of $104,000 as skiers have reported that they visit the area because of the environmental approach. The revenue number might be a little squishy, but the significant cost savings should make business owners stand up and take notice. Financial efficiency is something that any business person can understand.
Ross Macfarlane, who heads up business partnerships for the nonprofit Climate Solutions, uses Stevens Pass as an excellent example of what can be done by individuals, businesses and communities to think more creatively about ways that they can reduce energy use and, as a result, lower their carbon footprint and create a more sustainable future.
Macfarlane brought messages about what is possible if we think more innovatively to North Central Washington on Sunday, March 20, 7 p.m., at Van Tassel Hall on the Wenatchee Valley College campus.
Macfarlane was invited to speak by the Climate Conversations North Central Washington group, an organization of diverse individuals who are concerned about climate change and looking for ways to begin addressing these issues on a community level.
The Seattle-based Macfarlane, who has a cabin on Stevens Pass which he uses as a base for backcountry skiing in our neck of the woods, said it is unfortunate that climate change has become such a politically divisive issue and is viewed as a zero-sum choice of the environment or the economy.
Macfarlane said his talk will begin with the considerable impacts of climate change on the future of our region. He’ll also discuss opportunities for individuals and businesses for becoming more energy efficient and the need to press forward to rebuild the economy based on sustainable energy sources.
The transformation of the energy system from fossil fuel-based to renewable energy is happening at a rapid rate and Chelan and Douglas counties, with our massive hydroelectric dams, are uniquely positioned to take advantage, Macfarlane said.
“It’s not really a choice anymore whether the world is going to be addressing climate crisis and is going to be a moving toward lower carbon forms of energy,” said Macfarlane. It can be a story about economic opportunity and growth if we play our cards right,” he told me.
He sees Chelan and Douglas counties as having opportunities to capitalize on the shift to cleaner energy by attracting businesses that want to create products while limiting fossil fuel use.
It should be an interesting discussion.
This article was originally published on March 17, 2016 in The Wenatchee World under the title, "Common Ground: Climate speaker will focus on business opportunities."  Used with permission. 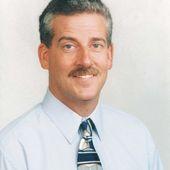