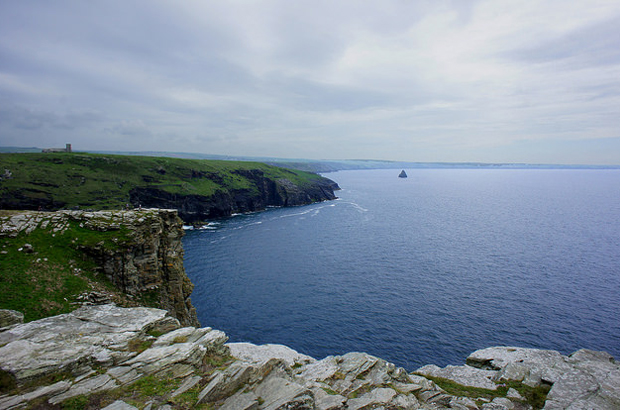 BARNYZ
Green is the colo(u)r of growth: how the UK and Washington can lead on climate change
Alison Conboy and Mark Caine
July 1, 2015

Note: in June, at the request of the British government, Climate Solutions co-hosted a meeting with a small group of business, government and civic leaders regarding the prospects for colaborative climate leadership in Washington and the UK. The authors of this article are two British officials who took part in that discussion.

2008 was a big year for the green economy in the United Kingdom - and, it turns out, in Washington State too. As the UK Parliament voted almost unanimously to pass the world’s first legally-binding carbon emissions target – an 80% reduction from 1990 levels by 2050 - Washington State’s legislature was passing one of the USA’s first emissions commitments, with ambitious targets for 2020, 2035 and 2050. Since then, while the UK has worked within Europe to secure ambitious climate targets across the continent, Washington State has partnered with neighbours to exert regional leadership through the Western Climate Initiative and Pacific Coast Collaborative.

So five years later, when Governor Inslee took office after making climate action a key platform of his campaign, a UK-Washington State partnership to share experience and expertise was an obvious step. The UK and Washington are natural allies on climate protection and the green economy, and since 2013 we have been working together successfully under a series of formal agreements between Governor Inslee and our former Minister Greg Barker. That’s why we were so delighted to visit Seattle and Olympia in mid-June to review progress, learn more about what’s happening in Washington, and chart the next steps for our warm and productive collaboration.

Before reaching Washington we visited California and Oregon. At each stop of our tour we heard from business leaders seizing the vast opportunities the green economy presents for our communities. According the Bureau of Labor Statistics, the green economy has created over 3.1 million jobs in the USA – roughly 2.4% of total employment in 2010. In the UK, the UK's Department for Business, Innovation and Skills finds that over 1 million jobs have been created to date; by 2020, this figure will rise to 1.4 million. Overall, the UK’s low-carbon goods and services sector was worth £128 billion ($203 billion) in 2011-2012 – almost 5% of GDP – and has been growing at 4.8% per year, over 1.5 times the growth rate of the broader economy.

So the Green Economy makes good business sense, for the US and the UK alike. But you don’t need to take our word for it. In 2008, the UK’s emissions targets were supported by the Confederation of British Industry (CBI), the nation’s largest and most prominent business association. And in 2012, in the most comprehensive study on the business opportunities presented by climate change mitigation, the CBI’s pioneering Colour of Growth report concluded that “green is not just complementary to growth, but a vital driver of it.”

But travelling around the Western states, we heard nervousness from businesses, too. No change comes without disruption, and we won’t solve climate change by driving heavy industry out of ambitious places like the UK and Washington. That is why the UK’s carbon pricing system has taken into account the needs of energy-intensive businesses, ensuring that the transition is affordable for all by designing smart policies that achieve wins for the climate, the business community, and citizens alike. Smart climate policy doesn’t have to be politically polarizing – if anything it should unite stakeholders from across the political spectrum into a common cause, preserving the climate while creating jobs and increasing competitiveness.

In early May, the UK held a General Election. From Washington DC and San Francisco, we watched the results come in live from London alongside colleagues from the UK’s Trade and Investment team and friends from the energy industry. One thing we all knew was that, whatever the result, we would be waking up the next morning with a Government committed to the green economy. Indeed, staying the course on climate change was one of the few policies on which all major parties agreed, as was highlighted in a rare joint statement prior to the election. Under our new Conservative government, support for climate action remains as strong as ever, and we are continuing our work both domestically and internationally to reduce emissions and secure an ambitious, achievable global deal on climate.

As December’s UN Climate talks in Paris approach, locking in the benefits of the green economy will require substantial leadership from the countries at the negotiating table. But leadership doesn’t stop there: these challenges cannot be solved by negotiators alone, and every jurisdiction – from the smallest towns to the largest countries – must do its part. The leadership we are already seeing at the sub-national level – from Seattle to Bristol, California to Wales – will be critical in keeping our climate safe while turning the benefits of the green economy into reality.

We may not be the largest emitters globally, but what happens in places like the United Kingdom and Washington State will set an example for others while ensuring that we are well positioned to capture the full economic benefits of the rapidly emerging clean economy. That’s why we will continue to work alongside Washington State to put our shared ambitions into practice and prove to others that smart climate change policies are good not just for the climate, but for business too.

Alison Conboy is Head of the Energy & Environment Team at the British Embassy in Washington D.C.

Mark Caine is Policy Advisor for Energy & Environment at the British Consulate-General in San Francisco.