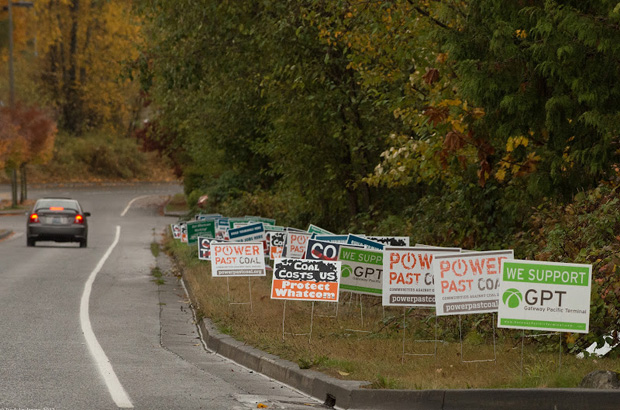 From the beginning, proponents of building the Gateway Pacific Coal terminal in Whatcom County have held tight to one mantra: jobs, jobs, and jobs, when responding to the many environmental, health, and community impacts cited by project opponents.

This past week, the PFM Group, one of the nation’s leading financial advisory consulting firms, completed a follow-up report evaluating key economic impacts of the proposed terminal. The study was commissioned by CommunityWise Bellingham, a local group committed to daylighting facts and information about this proposed project. The PFM report raises critical doubts about proponents’ claims that the terminal will be a boon to Whatcom County’s economy. Specifically, the report questions the terminal backers’ claims about the numbers of jobs the project will create; it also highlights the economic harms that will follow if the coal terminal undermines Whatcom County’s allure as an attractive location for people and companies.

According to the report, terminal backers’ estimates that it will create 300 long-term and 1,700 short-term jobs, as well as $10 million dollars in tax revenue, are likely significantly overstated. The report also suggests that these job creation figures do not consider the terminal’s impact on other economic sectors.

According to the PFM report, Bellingham accounts for 40 to 45 percent of Whatcom County’s population, but generates about 60 percent of its economy. The region’s environmental quality is at the root of economic development. Siting North America’s largest coal terminal in Whatcom County would decrease the region’s environmental quality and regional appeal, and undercut the key strategic advantages that the city and county have in attracting new businesses, investors, and skilled workers.  Discussing the concept of the “Second Paycheck,” the report addresses the importance of these environmental, scenic, and recreational opportunities as key economic drivers for the region.  According to PFM, if the terminal is built, Bellingham will likely fail to attract some workers and businesses, which will reduce growth for key sectors of Whatcom County’s economy.

It’s important to note that the report only looked at the economic impacts in Whatcom County where the terminal would be located, and where most of the jobs would be created. We know that many communities would suffer economic impacts and heightened risks from the project along the rail lines and marine shipping routes from Montana, through Spokane, the Columbia Gorge and Seattle, and in the San Juans.  If it isn’t clear that the project would create more jobs than it would destroy even in Whatcom County alone, a broader view should make it obvious that the project would create economic drag.

We already know that the coal terminal would have huge impacts on community health, traffic, fisheries and marine resources, and tribal treaty rights, and would make potentially devastating contributions to global climate change. We also know that the economic case for the terminal is very shaky at best, with collapsing coal markets and export prices driving the stocks of the coal companies who are pushing this project to record lows (it’s worth noting that the financial rout for coal stocks and export markets have accelerated dramatically since we last wrote on this subject).  This report helps undercut the only remaining argument that the backers have been using to shore up their fast eroding support.

How much is Whatcom County, Washington State and the region willing gamble on a desperate bet from a rapidly declining coal industry?