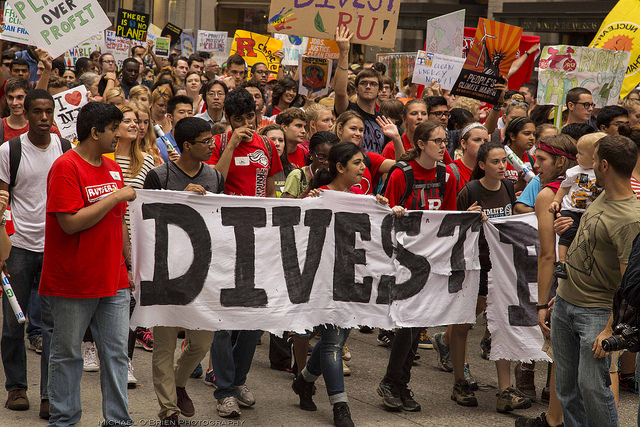 Do you remember the 21st of September? Generation Y and Z don’t want the credit for making history on the day of the largest climate mobilization EVER,  but they deserve a lot of it.  During the record-breaking People’s Climate march in New York, long-parted friends exchanged sweaty hugs and handshakes, and moments of shared acknowledgement and knowing smiles that say, "this couldn’t have happened without us."

“I’m so proud of you,” I overheard a young organizer tell a long lost friend.

“Me? I’ve only been working on this for three months. You’ve got to meet Person X, they’re the real champ."

Three months after graduating from college I joined a small group of twenty-somethings in an effort to build the environmental movement. I learned plenty, and worked on great campaigns, but what I valued above all was the relationships I made with some inspiring and hard working young leaders—a number of whom I found again in New York, exercising leadership.

I had no idea the impact that group, and youth leaders in general, would have on the environmental community and the climate movement. But the People’s Climate march showed that we are here, we are leaders, and we are not stopping for the rest of our young lives.

The question that seemed to be on everyone’s mind was "how did this happen?" 400,000 people in the streets of Manhattan, organized into a beautiful march as diverse and artistic as any in history. It was, itself, history—and it went as smoothly as could possibly be hoped. Where did all these people come from and how did we stay organized?

Coal export, fracking, and crude oil transportation have risen to the top of the national consciousness over the last few years, due in no small part to the work of men and women in their twenties, providing muscle and strategic innovation to organizations and campaigns. Their work helped create a base for the People’s Climate march that was focused both on local climate effects and on global threats, Their work also helped ensure that the growing climate movement forefronts leadership from the communities most vulnerable to climate impacts in the US and around the world.

Take John Armstrong. John is a tall, jovial, outdoorsman with red hair and big smile. John is a small-town 20-something boy from a rural town in the Catskill mountains but as the communications director for New Yorkers Against Fracking he is a force for the anti-fracking fight.   John and his colleagues have been organizing communities and spokespeople across New York for over 4 years and that work paid off at the Climate March.  Note this tweet from @ed_crooks that says that Fracking signs outnumber coal signs 10-1.

John clearly believes in the power of the youth in our movement and the momentum youth leadership has generated.

"More and more, young people are stepping up to the plate and leading the fight to curtail climate change." Armstrong said, "They're the ones re-defining what is politically possible to what is scientifically necessary, and it's time for our political leaders and the big green groups alike to get on board. Whether it's the fight against fracking, tar sands, mountaintop removal, offshore drilling or other forms of extreme fossil fuel extraction, our generation is drawing a line in the sand: we will not stand by as our future is burned."

Ultimately, our generation will be the one to change the system or deal with the consequences. Watching as young passionate voices rise to leadership, my spirits are high. If this weekend tells me anything, it’s that my generation will share a commun understanding: we will know that none of the many issues we care about and fight for will matter if we don’t address the climate crisis. This is why we will continue to fight, to educate and to organize a movement until we have won and realize the future we all want for our children and ourselves. 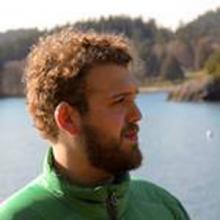 Oct 14: We come together for climate action
Now we’re in business! Washington takes action on climate
A last chance for clean fuels and public transit
Oil companies want you to skip this

Alex was Field Manager with Climate Solutions, and previously was a youth vote lead for Obama’s campaign for change in 2008 and member of the central recruiting team for Power Shift 2011, the largest youth convergence on Climate Change.