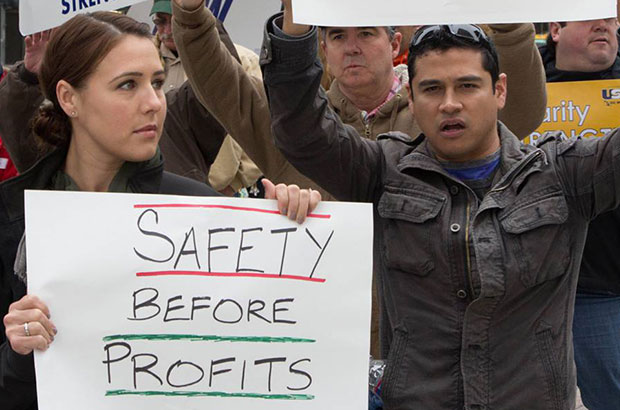 Despite enormous profits, oil companies are slashing spending in response to falling oil prices rather than address serious safety and environmental hazards facing refinery workers. These workers are on the front lines protecting against the all too common dangers of this industry – explosions, spills, and releases. They are striking to demand better safeguards for themselves and nearby communities. Walkouts have been called at eleven plants nationwide, accounting for over 10 percent of U.S. refining capacity.

The erosion of workplace safety and health standards amidst abundant oil profits is more evidence of the ravages of the fossil fuel economy.

In our region, workers are striking at the Tesoro facility near Anacortes, Washington, where there has been a long record of safety concerns.  In 2010, seven workers were killed or critically injured in an explosion and fire involving failure of a nearly 40 year old piece of equipment.

Tesoro had received 17 safety violations in the year leading up to this accident. Tesoro also has a very poor environmental track record. The company paid millions in fines to the EPA for clean air violations, and led an unsuccessful effort in California to roll back the state’s landmark climate and clean energy program.

“This work stoppage is about onerous overtime; unsafe staffing levels; dangerous conditions the industry continues to ignore; the daily occurrences of fires, emissions, leaks and explosions that threaten local communities without the industry doing much about it; the industry’s refusal to make opportunities for workers in the trade crafts; the flagrant contracting out that impacts health and safety on the job; and the erosion of our workplace, where qualified and experienced union workers are replaced by contractors when they leave or retire.”

The Labor Network for Sustainability (LNS) is calling on environmentalists and other allies of organized labor to support oil refinery workers who are on strike. “The oil companies are creating conditions that make it impossible for refinery workers to protect us. Their strike is about making conditions that are safe and healthy for workers and communities,” observes Joe Uehlein, Executive Director of LNS. “They deserve the support of environmentalists and everyone concerned about the rights and wellbeing of working people.”

Climate Solutions supports the rights and needs of working people and wants to work with these groups to explore solutions that transition us to a clean energy future, without leaving workers in fossil fuel industries behind. 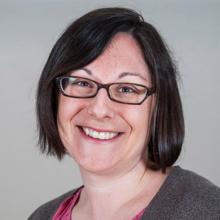