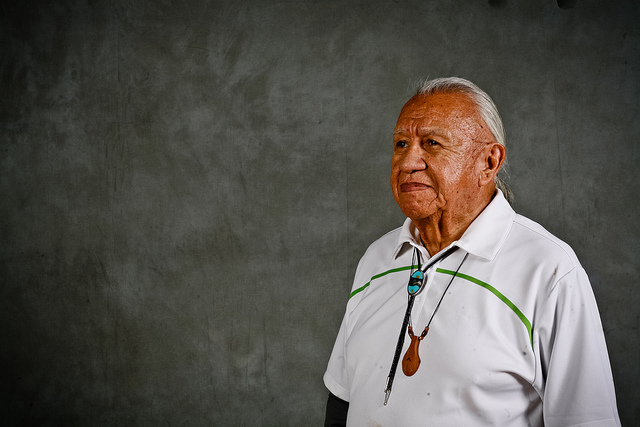 ECOTRUST
A Remembrance of Billy Frank, Jr.
Martha Kongsgaard
May 8, 2014

“I don’t believe in magic,” Billy once said. “I believe in the sun and the stars, the water, the tides, the floods, the owls, the hawks flying, the river running, the wind talking. They’re measurements. They tell us how healthy things are.  How healthy we are. Because we and they are the same. That’s what I believe in. Those who learn to listen to the world that sustains them can hear the message brought forth by the salmon.”

So said the legendary Tribal elder, the moral lode star and unflinching advocate of the tribal sovereignty movement nationally, an Albert Schweitzer Humanitarian Prize winner, the Chair of the Northwest Indian Fisheries Commission, “uncle” to thousands, and a founding Leadership Council member at the Puget Sound Partnership, Billy Frank Jr., who passed away yesterday at the age of 83. He was, on that day as most days, on his way to a meeting about fish and tribal treaty rights.

For many, it can take a lifetime to know what you mean and to convey it unambiguously, to have your first essential audience, your people, and understand the meaning of the lesson—the life lesson. Not so for Billy. His demonstrable kinship with the natural world is a phenomenon he did not work at. It is something that was imprinted on his character “prehistorically”—long before the battles at Frank’s Landing or the triumph of the Boldt decision or the wonders of bringing children into this world. It is this hereditary kinship with nature and his ancient heritage that kept him vigilantly at this work until yesterday.

Sometimes a person and their story, their history, can suffice for a family or a generation or an entire people, emblematically, for a way of life, a struggle. For the tribal people of the State of Washington and indeed nationally, Billy’s is the culmination of an era in this specific place on earth, the Salish Sea, specifically Frank’s Landing on the banks of the Nisqually River, and a time in our State’s history—its “aggressive adolescence,” to paraphrase Tim Egan—when native peoples’ access to their treaty-given rights were circumscribed by a lack of understanding, clashing cultures, and virulent racism.

What was it in Billy’s cultural and inherited DNA passed to him from his father, Willie Frank Sr., and generations of tribal elders before him that created this deeply decent partner, both a proud bearer of Indian tradition and a willing translator across cultures? Billy was a fearless advocate for what was good for his people’s interest and the planet’s interest, which in the end he argued was good for the greater public’s interest, out seven generations. Working unsentimentally but with great humanity, humility, and without rancor Billy Frank was the rare leader—more quiet than shrill, more discrete than brash, more serious than trivial, but relentless—who worked at the intersection of one of the nation’s seminal civil rights battles and beyond as warrior, peacemaker, consensus builder, and finally: visionary.

Billy was a long-term optimistic thinker and strategist. He was the personification of what it means to be courageous. Not brave. Bravery is temporary; it’s a rising to an occasion not necessarily of one’s making. It is a kind of daring, but not enduring. Courage, on the other hand, is a disposition, a quality of character. It endures. Central to the word courage is of course “coeur,” meaning heart. Heart was Billy’s defining feature. He knew no stranger, was alien to no injustice.

Just Thursday, at the Salish Sea Tribal dinner, Billy assured us that he would be here for at least another decade—he had so much work to do. He mentioned that his father lived to be 104 and his mother 96 and that he hoped to split the difference. He was on fire, naming names, calling us all to the cause, to come together. He was as powerful as any in the room had ever heard him. After his talk, he was blanketed in thanks.

At the end of the dancing, a shaman from Greenland, Angaangaq Angakkorsuaq, chanted a hair-raisingly powerful and hauntingly beautiful prayer. And then, unsuspectedly, the healer briskly descended the stage stairs as the assemblage was setting to leave and singled out Billy, who stood up from the elders’ table. Holding two wind drums, amplifying his immense tenor sound, he sang and chanted an unearthly closing prayer, practically cupping Billy’s head in the drums. The room froze. Time froze. It blasted Billy. It was clearly a benediction.

It had to have been resonating in his ears even as he woke up yesterday morning to go out on a typical Monday to cajole, inspire, or hold accountable some agency or other. He got dressed after his shower and sat back down on the bed and didn’t get back up. His son Willie found him some moments later. The rhythm of the work that was so deeply imprinted on him, that came to define him, came to a halt unwillingly that morning, May 5th, 2014.

Those of us who were lucky enough to hitch our wagons to the audacity of his long-view optimism and tenacity know that there is still so much work to do. Let’s help lay him to rest by getting back to work. And to the extent that we can get our work done in a way that respects one another, the rule of law and nature's limits, we will be working on Billy's legacy.  We owe it to Billy to come together, to protect his people—all people—and the planet we all depend on.

Martha Kongsgaard is chair of the Puget Sound Partnership Leadership Council. This piece is cross-posted from that organization's blog. 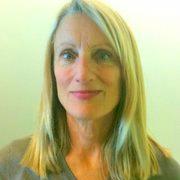 A Remembrance of Billy Frank, Jr.