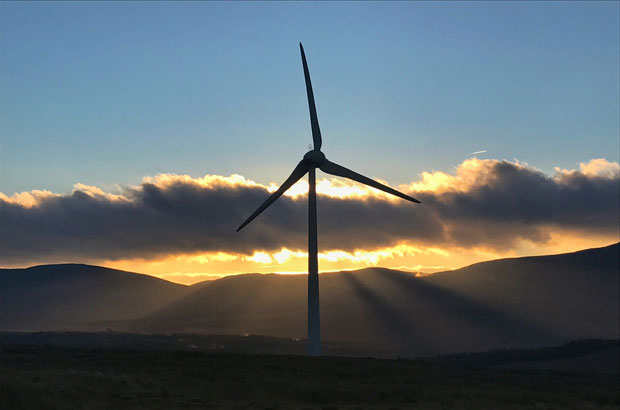 We are now living in the era of climate consequences; it can be difficult at times to feel like our corner of the world in the Pacific Northwest is making a difference. Just today President Trump’s EPA indicated they want to nullify states’ ability to set their own standards on tailpipe pollution—an action that would impact not only California but Washington, Oregon and all the other states that have aligned for strong policies to address global warming and public health. How can our work make a difference when the federal government is trying to roll back progress that even Ronald Reagan defended decades ago, and that many automakers now want to keep on the books?

I ask these questions of myself almost daily. It is difficult at times to see positive impact.

When trying to see bright spots, I often I reflect on our vision of how we create a thriving, equitable Northwest, powered by clean energy, and how we can be a region that inspires the transition to sustainable prosperity more broadly. I also turn to colleagues around the nation and look at the trends. And I can see a strategy emerging for impact on a large scale: that ambitious public and corporate policy can drive massive changes in the marketplace. These actions and policies send powerful signals to innovators who see emerging markets as opportunity for economic growth and job creation that results in changes that significantly reduce the costs of solutions that make them more accessible and affordable to more and more people. This is happening now.

And when I look at what is truly moving the needle on climate progress I see a short list of major levers to pull: government action at the state and city level to lead in the vacuum of federal leadership; real commitments by major corporations and utilities to move toward 100% clean energy; and grassroots efforts to keep fossil fuels in the ground.

The past few years have seen an emerging wave of major statewide bills passed. In Washington, we helped to pass the “gold standard” of the now half-a-dozen laws on the books with commitments to powering their states with 100% clean electricity. Soon thereafter, New York passed a comprehensive climate bill that The New York Times called “one of the world’s most ambitious climate policies.” And many other states like Colorado and New Mexico and California have recently passed important new climate bills. Many of these policies are major leaps forward, not simply incremental progress. Importantly, many of these policies were developed in close partnership with labor and communities of color, and include key components to grow jobs, protect workers, and invest in communities most impacted by climate change.

Cities have for many years been laboratories for taking action on climate, and that distinction is picking up speed. More than half of the world’s population lives in cities, and are responsible for roughly 70% of carbon emissions in the energy sector. More and more, city leaders see themselves as being on the front lines of climate leadership, and are sharing best practices and inspiring each other to make bigger gains faster. The small city of Mosier, OR that experienced a horrific oil train derailment is now wanting to lead in being an electric vehicle hub to move beyond oil. Tacoma, WA’s City Council passed one of the most comprehensive climate policy positions this past year, and before the state did it the City of Spokane passed a resolution to go to 100% clean electricity. Seattle and Portland continue to be national and global leaders in taking strong actions on a host of issues including clean transportation and driving toward 100% clean energy. Northwest cities are vital parts of the global city movement on climate.

The business community is another place where there are signs of hope for a scaled strategy for climate progress. Some of the largest corporations on the planet, including Microsoft and Nike, are moving toward 100% clean electricity.

When the biggest customers are all demanding 100% clean energy, the providers of energy—utilities—listen. It is not a coincidence that an increasing number of major utilities are also making a commitment to going 100% Clean.

I see scaled sustainable progress through the combined efforts of cities, states, and corporate commitments. I see the opportunity for further gains with all of these levers as stakeholders demand action from leadership—voters of their elected officials at every level, employees of their corporate executives, companies of their energy suppliers. I see replication and information sharing at a sophisticated level that is leading to faster and more effective change.

There is one other lever that is making awe-inspiring impact-—the global movement to keep fossil fuels in the ground. Here in the Northwest, we have won our fair share of victories, stopping a host of proposed coal export and oil transport facilities. We simply cannot solve the climate crisis if we continue to develop new fossil fuel infrastructure. If we continue to mine and drill for more oil, gas, and coal, all of the solar panels, electric cars and buses, and windmills won’t add up to cut carbon emissions at the speed scientists tell us is necessary.

Because at the same time, the clock is ticking on climate. We face major setbacks, and not just from the Trump administration and Congress. Last year the oil industry spent over $31 million to defeat I-1631, a comprehensive Washington ballot measure drafted by leading climate, community of color, labor, and local organizations. In June, Republicans in the Oregon State Senate refused to do their duty as elected officials and walked out of the state twice to prevent passage of the sweeping Clean Energy Jobs Act, and Democrats so far have refused to take the acts of leadership necessary to get the bill across the finish line.

I don’t want to sound unrealistic or naïve when I offer these reflections. Time, and President Trump, are working against us here in the United States. But if we focus our attention on the four levers that are driving change—cities, states, corporate commitments, and keeping it in the ground—we have the ingredients necessary for the type of scaled change that is required for our nation to play its role in addressing climate crisis. The Pacific Northwest is right in the heart of these successful strategies for collective change.

As we focus on the needed work ahead to propel our region forward to 100% clean, we are also making exciting changes at Climate Solutions. After more than a decade here, the amazing Savitha Reddy Pathi is now taking on even more leadership in her elevated role as Deputy Director. We could not be more thrilled to have her step into this role and help to guide us to further victories and collective progress. We have also had several talented folks join our team including Leah Missik as our Washington Transportation Policy Manager, Jonathan Gates as our Oregon Communications and Engagement Manager, Stephanie Noren as our Washington Communications Manager, and Jacqui Trillo as our Database Assistant. Our Board has grown to add some fantastic new members, including Gaurab Bansal, Sally DeSipio. Camille Elmore-Trummer, Ingrid Fish, and Courtney Gregoire. We continue to devote a significant amount of time and attention to our work on Equity, Diversity, and Inclusion and continue to make positive steps forward.

Wondering if there is something simple you can do every day to help forward climate solutions more? Talk about climate with your friends, family and neighbors; research confirms our hunch that folks who talk about climate change are more likely to support solutions, be it at the ballot, a business, our communities or our capitals.

This week will be one of hope. Hundreds of thousands of people will be hitting the streets led by youth calling for climate strikes around the globe. I, like millions of people around the world, find deep inspiration in these historic actions.