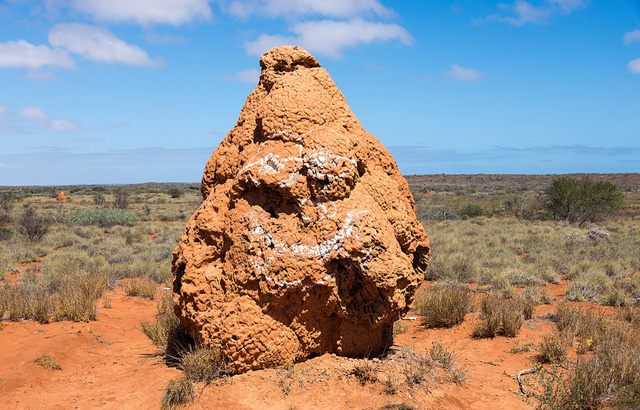 Article reposted from the author's  Rock Doc column at WSU.

Every time I fill my gas tank, I see the notice on the pump that explains part of the fuel I’m buying is ethanol. Ethanol is alcohol, a type of biofuel rather than fossil fuel.

While biofuels can be good to promote national energy independence and possibly help alleviate greenhouse gas emissions, the ethanol in our gasoline is made from corn. (The starch in the corn is broken down into sugars that are then fermented into alcohol.)

With corn ethanol, we are essentially putting food into our gas tanks, a fact that some people take exception to because it drives up food prices and deprives people of basic foodstuffs.

How to loosen lignin?

A different way of producing biofuels is to use crop residues and woody materials as the source for the fuel. Those materials are full of cellulose and a molecule called lignin. The lignin is bonded to the cellulose within each plant cell.

Researchers are working to find a cheap and straightforward way to neutralize the lignin and break down the cellulose into simple sugars. The sugars can then be fermented into fuel.

We can break down lignin at high temperature and pressure and with harsh chemicals. But can we find a way to remove it that doesn’t require high costs and harm to the environment?

Researchers are looking at two organisms that can do the needed chemical tricks at room temperature and pressure and without harsh chemicals. Certain types of fungi can do this. It’s impressive what the right fungus can do, but fungal action is slow – very slow.

So a number of scientists are looking at termites. As we all know, termites can eat solid wood and make a living doing so. Their digestive systems break down tough plant material at room temperature and pressure in as little as 24 hours.

Termites start breaking down their food when they chew it and coat it with an enzyme. We humans do something similar – the spit in our mouth’s can break down starches into sugars. But breaking down starch is easy compared to dealing with lignin and cellulose-rich materials like the termites do.

Termites pass their food particles into a three-part digestive system consisting of the foregut, the midgut and then the larger hindgut. By the end of that – in just a day’s time – the lignin is out of the way and the cellulose has been broken down into sugars that the termites live on.

Learning from the termite

Professor Shulin Chen of Washington State University is one scientist studying what termites do with an eye toward adopting similar processes to make biofuels from crop residues and woody materials.

“We are studying the mechanisms for how the termite does what it accomplishes in its digestive system,” Chen told me. “The goal is to employ a similar mechanism in an engineered system.”

In other words, we want to learn from termites and ultimately set up biorefineries that can break down crop residues and woody materials, doing so economically and in a way that doesn’t harm the environment.

“The final goal is to do better than the termite, to do the same basic work but at a faster rate and on a larger scale,” Chen said. “We know the basics of what’s going on in the termite, but we need to nail down some specifics.”

Chen’s research is partially supported by WSU, the university where both he and I work. But his research team is also funded by the National Science Foundation. Chen emphasizes that without federal funding of scientific research, teams like his could make little progress.

It’s tax time, of course – when people like to grumble about federal taxes. But Chen feels strongly that if our government doesn’t support basic research in science and engineering, we all would pay a steep price.

From where I stand when I fill up my gas tank, thinking about pumping food into my engine to be burned there, I’ve got to wish Chen and his team the very best. Biofuels made from crop residues and woody materials would be a great step forward.

Dr. E. Kirsten Peters, a native of the rural Northwest, was trained as a geologist at Princeton and Harvard. This column is a service of the College of Agricultural, Human and Natural Resource Sciences at Washington State University.