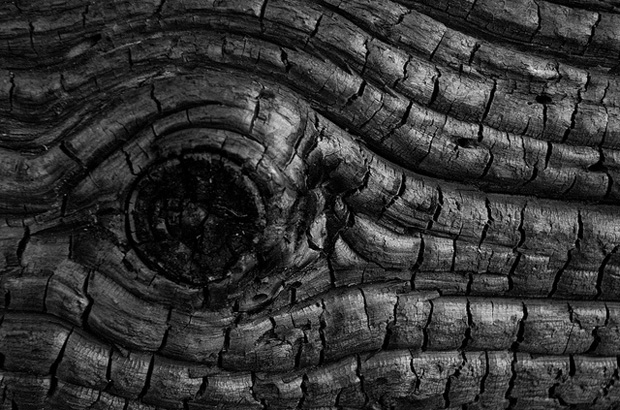 In the stories from the frontlines of recent wildfires, journalists and displaced people have turned again and again to expressions suitable to describe a rare calamity. “Extreme...” “never been like this before...” There was the recent heartbreaking Seattle Times story profiling ranchers in Okanogan County who are now wondering how to rebuild their ranches, businesses, and livelihood. How can livestock graze on burnt earth? “In my 30 years of working at this agency, this is the worst disaster that has hit this part of the state,” said Stu Skidmore, farm-loan manager for the Okanogan office of the federal Farm Service Agency. And it’s not just the Okanogan complex fires that have brought people to such reflections. It’s the fires in Oregon, and the terrifying, fast-moving flash fires in California.

The statistics that pile up around these stories also echo the feeling that “something’s different” as we fight more frequent and fiercer fires: how many lives lost; homes and businesses burned, including ranchland and farmland; local, state and federal dollars spent fighting the fires versus funding investments in forest health and community resiliency; the hundreds of acres singed beyond recognition.

Will these stories reflect a new standard reality for our region? More importantly, is it too late to turn this around? There’s an anxious feeling underneath the desire to keep pressing for change.

Talking with family and friends about the climate impacts we might soon experience—like hotter, longer and larger forest fires—can feel like being Debbie Downer.  People don’t want to hear about more problems in the midst of feeling like there are too many already. But actually seeing the fires burn so big and fierce this season, on top of last season, is deeply daunting and depressing. We’re all experiencing impacts now, and will be for the months to come. This isn’t a possible scenario in the future.  Fed by drought and hotter temperatures, the wildfire season in the West this year has been “among the worst in recent memory,” according to the National Interagency Fire Center.

But new research linking climate change to the conditions which contribute to wildfire provides some real hope for future seasons—and that isn’t just Pollyanna joining the conversation. We can create a resilient future.

Washington and Oregon could save millions of acres of forest, and billions of dollars in fighting fires, if we (collectively, as a region, country and global community) cut global warming pollution enough to limit global temperature rise to just two degrees—the amount scientists say is what’s needed to stabilize our climate. That’s one key finding of the EPA’s Climate Change in the United States: Benefits of Global Action.

Without action, the report goes on to conclude, “the area burned by wildfire each year in the Northwest (Washington and Oregon) is projected to nearly double by the end of the century.”

However, global climate action could significantly reduce the cumulative area burned by 12-23 million acres – up to half the size of the state of Washington. This would save approximately $1.3-$2.3 billion (discounted at 3%) in cumulative wildfire response costs, providing significant savings for taxpayers and state agencies.

And that’s just the Northwest. Globally, we could save an estimated $12-14.4 billion and 210-300 million acres by the end of the century.

These figures show the benefits of concerted climate action related to wildfire damage. The EPA’s study—echoing other research—also shows that acting to curb climate change will bring many additional economic and social benefits across key economic sectors, including infrastructure, health, and ecosystems. The bottom line:  there is still a way, and a million reasons, to turn this around.  This doesn’t have to be the new reality for our kids and grandkids. Or even for most of us in our lifetime.

What do we need to do to turn it around? We should account for the cost of carbon in our economy, to start. If Oregon and Washington take action and cut pollution and hold the fossil fuel industry accountable, we could align with California and B.C. and create the fifth largest economy that ended the free dumping of global warming pollution into our air. Just this week Washington Governor Jay Inslee took a needed step in this direction, moving forward to enforce the current laws on the books that cap carbon pollution in the state. And cities are not waiting for the states to act, as local leaders of the City of Portland and King County are looking at meaningful ways to cut their emissions. Those are just a few among many needed actions throught which we can change the course of the climate crisis.

Pivoting from fear to hope is a hard thing, especially when your house, hopefully just metaphorically for most, is on fire. Armed with not just the facts but also the political courage, we can see a space of opportunity to change things. We can expand on a kernel of real hope and build a safer and cleaner future. We can tell stories of success and progress, and recognize that while some of the climate damage we will be experiencing is now “baked in”—we can still avoid the worst that doesn’t have to be yet to come. We can save ourselves and our children from worse climate chaos if we demand that our decision-makers take collective action. We need bold action—action that, like this season’s ongoing wildfires, must also be like something we’ve never seen before.