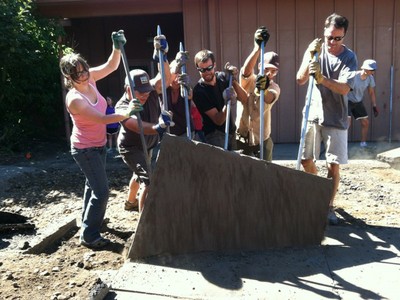 Our country, America the Beautiful, boasts somewhere between 105 million and 2 billion parking spaces, according to a New York Times blog that caught my eye the other day.

This boggles my mind on two levels:

There’s no way to justify dedicating two of our 50 states to temporary storage of machines that move us around.  Obviously, there’s something wrong with this picture.

One of my favorite examples of people seizing the opportunity is the non-profit organization Depave. Depave, based in Portland, Oregon, rips out unused pavement in urban areas to create community green spaces that mitigate stormwater runoff.  To date, 94,100 square feet of asphalt has been depaved, and over 2 million gallons of stormwater diverted from drains. As their slogan aptly puts it: “Asphalt, be gone.”

To cope with the legacy of carbon pollution that is destabilizing Earth’s climate – and threatening the long-term habitability of Earth that we take for granted – things are gonna have to change.  Can we convert some of this pavement to better, greener uses – perhaps 1-2 thousand square miles or so?

That’s a big audacious challenge that will require the creative energy of a whole lot of people that care about the future. The Northwest Biocarbon Initiative is working to spark that kind of creativity to, for example, make lifeless acres green again and America that much more beautiful again for the next generation. 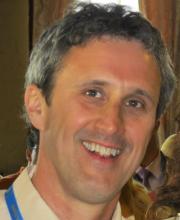