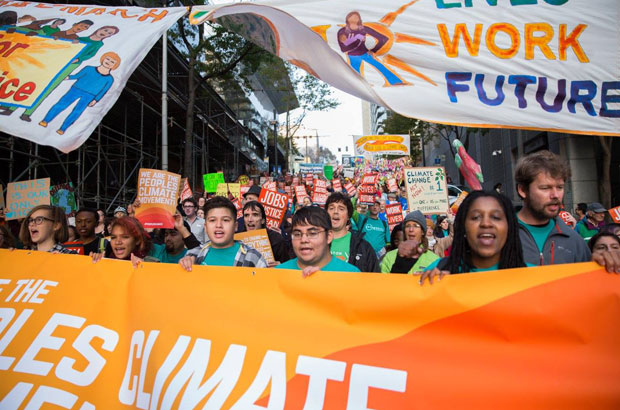 This is the first in a series of posts on the paths to effective climate action in the northwest, and the effects of election 2016.

This year Washington State has engaged in a vigorous and challenging debate on Initiative 732 and the best approach to account for the cost of carbon in our economy. We explain our conclusions and position on the initiative here.

No matter what the outcome on I-732, the strong grassroots energy and intense, broad debate on climate policy makes it very clear: Washingtonians are ready for climate action.  Having more voices and interests actively engaged in shaping climate action doesn’t make our task simpler, but it does make it more likely we’ll succeed. Notably, when weighing in on I-732, nearly every newspaper editorial in the state is talking about the need to address climate change.  A debate like this is bound to happen around a challenge this complicated, but we are moving in the right direction. That’s an affirmation of the climate movement’s progress and a tremendously hopeful sign for the work ahead.

We are committed to this whole transition because nothing less will do the job.

We also know that no matter what happens on Election Day, our work is far from over. Responding effectively to the climate crisis means pricing carbon pollution and also catalyzing public and private action to create and sustain good jobs in the new energy economy at the same time.

The price on carbon can’t by itself transition us away from gasoline and diesel toward electric cars, trucks and buses that don’t pollute, save money, and keep our air clean. It won’t prevent further investment in new fossil fuel infrastructure—multi-billion dollar investments in coal export terminals, oil transport facilities or more gas power plants that would lock us into the fossil-fueled past, just as it’s becoming clear that a clean energy future is within reach.

The transition we need requires fairly addressing transition challenges for workers and businesses. It means preventing disproportionate impacts on disadvantaged communities and communities of color. It means a stronger commitment to economic security and opportunity, so we can win the transition together while reducing inequality. It means building resilience to adapt to unavoidable climate impacts. We are committed to this whole transition because nothing less will do the job.

To prevail over powerful fossil fuel interests, members of the Alliance for Jobs and Clean Energy, Carbon Washington, Front and Centered, members of the business community including the Washington Businesses for Climate Action and the Washington Business Alliance, the Nature Conservancy and many others must blaze the trail to effective solutions TOGETHER. If supporters of climate action keep fighting after this election, the only people who benefit are the fossil fuel interests who are being made rich by the status quo.

We have learned a great deal over the last several years. Some of the lessons are painful, but they’re also vital. We are moved by what we’ve learned from Front and Centered about the human cost of pollution on communities of color and disadvantaged communities here and around the world, and the vital role of those communities in leading us forward. Our friends in labor have taught us a great deal about what a genuinely just transition requires. We’re grateful for the leadership of First Nations in showing us how to stand up for our home. We’re encouraged to see so many businesses rolling up their sleeves and developing new ways to build prosperity with climate solutions. We are awed by Carbon Washington’s grassroots achievements and we share their passion.

Resolving differences on policy and approach will be tough work, but after Election Day, our large, growing, energetic, sprawling climate movement must come together if we hope to turn the tide. We look forward to sharing our thoughts and plans for further action, listening to you, and moving forward together. We are fiercely committed to this work.