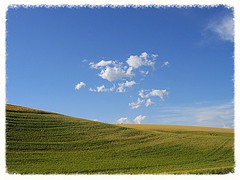 In hopeful climate news, the push to establish clean fuel standards (CFS) is off to a strong start this year. In California, a recent independent review and a legal decision both support a strong new standard, and in Washington, a CFS bill is picking up momentum and supporters, with a major hearing in Olympia.

Standing up first can be tough, so we in Washington owe thanks to California (and British Columbia!) for showing the way forward on a clean fuel standard (CFS). The great thing about California’s leadership is how much we can learn, in real time, about how a CFS works, interacts with other climate policies, spurs economic growth and can be adjusted to protect consumers. Reports from California aren’t just theoretical, but empirical – and tell a very promising story.

2013 was a banner year for the California CFS and 2014 began at the same pace, with the release of a big legal decision. After being affirmed by a number of court cases in 2013, the clean fuel standard finally put its legal detractors to bed early last week when the 9th Circuit Court rejected an appeal from fossil fuel groups hoping to avoid the new standards. It is now clear to policymakers and clean fuel market participants that, though one of the first of its kind, the California CFS market is legally secure.

Also in January, the University of California at Davis, which has played a critical role providing independent expert advice and analysis for the CFS, released its most recent CFS status review. The new report shows the CFS program supporting the development of clean fuels in California, particularly bio- and renewable diesel and renewable natural gas. Alternative fuels now supply nearly 7% of the California transportation fuels market.

The UC Davis report also included an interesting discussion of instituting a temporary price ceiling for CFS credits, a “cost containment mechanism,” toe that fuel price expectations remain stable. Currently, the entities regulated under the California program are over-compliant – they have more credits than required. However, as the carbon intensity limit is reduced, there is the potential for uncertainty in fuel availability to destabilize the market for CFS credits. Importantly, there is no fear of cost spikes or any evidence of fuel shortages, but regulators are keen to keep the markets calm by being extra cautious. The discussion of potential cost containment mechanisms is an example of how the California CFS policy is proving to be more resilient and adaptable than initially believed.

In Washington: the future is bright

In Washington, we are able to benefit from California’s clean fuel standard successes—learning from and building upon its important lessons. Last week, Washington’s Senate Energy, Environment and Telecommunications committee held a CFS-focused work session during which CFS regulators and practitioners from California were able to tell their state’s story, while policy and health experts from Washington explained how a similar program could work here. (Watch the committee’s work session, and read the accompanying presentations.)

A few highlights among the speakers at the hearing: Climate Solutions’ Jessica Finn Coven helped make the case for why a clean fuel standard would benefit our state’s economy, environment and health, and noted that the success of the California CFS could be replicated in Washington using home grown fuels. Craig Kenworthy, Executive Director of the Puget Sound Clean Air Agency, discussed the health benefits of reducing diesel pollution and other particulate emissions that are a leading cause of respiratory disease and cancer in Washington. Stu Clark, from the Washington Department of Ecology, explained the process by which the state can begin gathering information and public comment on how best to implement a clean fuel standard.

Now is an exciting time for those interested in reducing out global warming pollution and improving the health and economy of our local communities. The success of the California clean fuel standard is catching the eye of policymakers, business and labor leaders, farmers and health professionals, and gaining a reputation as an innovative and effective policy tool for cutting pollution and growing the economy. The more we learn, the better it gets.