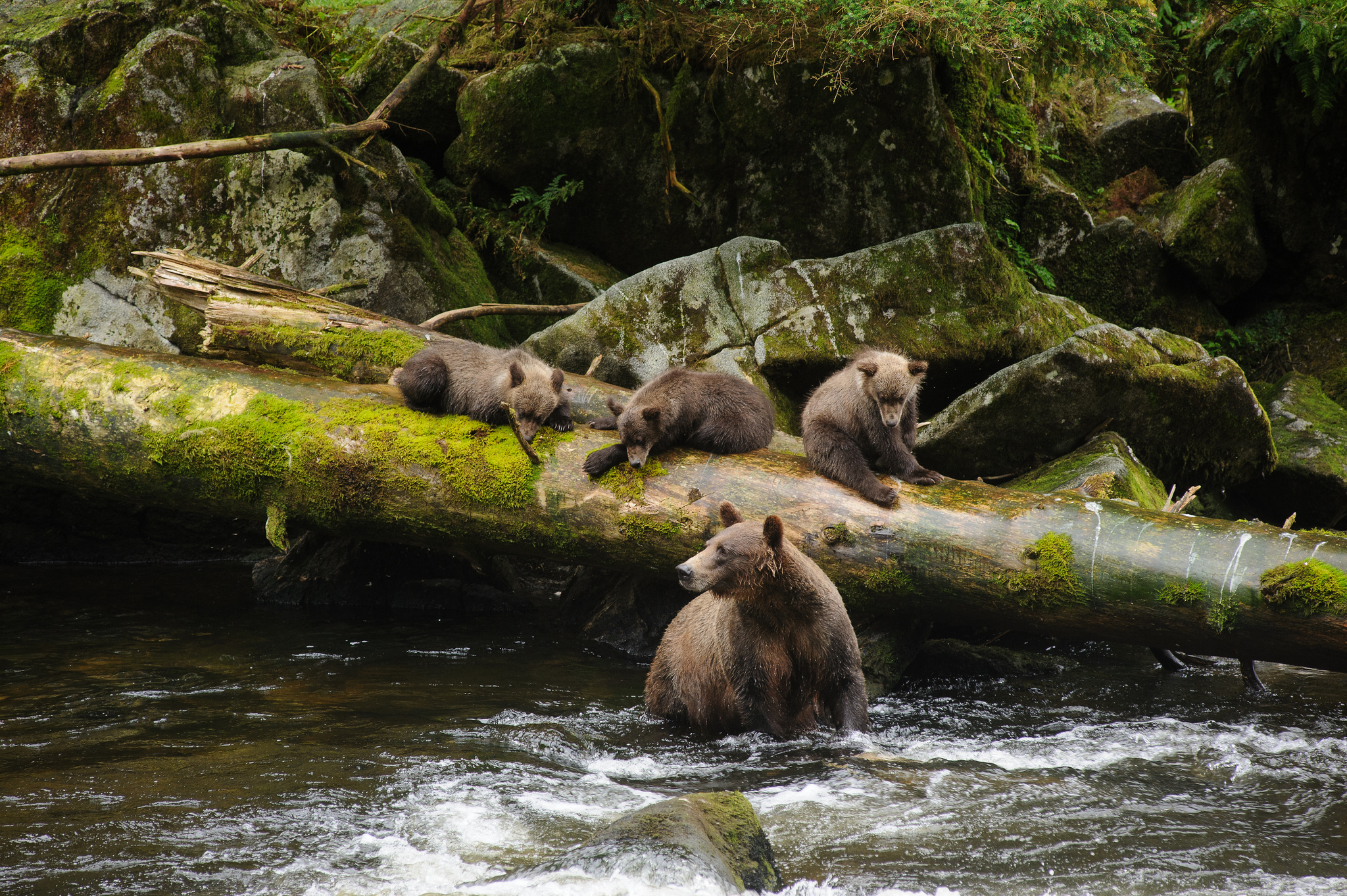 Reposted from the Society for Conservation Biology News Blog

“Forests have a vital role to play in overcoming this challenge.  Rainforests store vast amounts of carbon.  That’s true across the planet, and in America, too. Our Tongass National Forest, a temperate Alaskan rainforest, comprises only 2% of America’s forest land base, but may hold as much as 8% of all the carbon contained in the forests of the United States.”
-- Secretary of Agriculture, Tom Vilsack, 17 Dec. 2009

Forests are a critical part of the global atmospheric carbon cycle that contribute to climate stabilization by absorbing (sequestering) and storing vast amounts of carbon dioxide (CO2) in trees (live and dead), soils, and understory foliage.

As a forest ages, it continues to accumulate and store carbon, functioning as a net carbon “sink” for centuries. Ongoing carbon accumulation and storage have been measured in forests that are >800 years old (1).

When an old-growth forest is cut down, much of this stored carbon is released as CO2 – a global-warming pollutant. In fact, nearly 60% of the carbon stored in an old-growth forest is emitted as CO2 when it is converted to a tree plantation, via decomposition of logging slash, fossil-fuel emissions from transport and processing, and decay or combustion (within 40-50 years) of forest products, often in landfills (2). Planting or growing young trees does not make up for this release of CO2 from a logged forest. Indeed, after a forest is clearcut, it remains a net CO2 emitter for its first 15 or more years, and even if not cut down again will not reach the levels of carbon stored in an old forest for centuries. Globally, forestry-related losses contribute about 17% of the world’s annual greenhouse gas pollutants (3), more than the entire global transportation network, which is why many countries are seeking ways to reduce greenhouse gas emissions from logging.

Scientists and many countries have increasingly recognized that if we are to avoid catastrophic effects of global warming within this century, we must take a comprehensive approach to reducing greenhouse gas pollution overall. Part of the solution to global warming must come from reducing emissions from forest losses, as recognized by the United Nations REDD+ Programme in developing countries (4).

Forests in the United States, especially older carbon dense ones, can play a critical role in reducing climate change impacts through sequestering and storing carbon for centuries if undisturbed. New forest inventories demonstrate that the U.S. forests store the equivalent of around 21% of the nation’s emissions (5). Notably, National Forests store approximately 28% more carbon than private lands and therefore are important as carbon sinks.

In June, President Obama announced his Climate Action Plan. Among the President’s many steps to reduce greenhouse gas emissions by 2020, he specifically calls out forests – “the Administration is working to identify new approaches to protect and restore our forests, as well as other critical landscapes including grasslands and wetlands, in the face of a changing climate.”

Since forests play a such a critical role in the global atmospheric carbon cycle by absorbing and storing vast amounts of carbon, protecting forests, especially old growth forests like those in the Pacific Northwest and the Tongass Rainforest in Alaska, should be a key component of any plan to mitigate the effects of climate change.

Dominick DellaSala is a forest ecologist and president of the North America Section of the Society for Conservation Biology and the president and chief scientists for the Geos Institute.

Why forests need to be enlisted in climate change actions
President Obama delivers historic speech on climate change: but will his rainforest actions speak louder than his words?