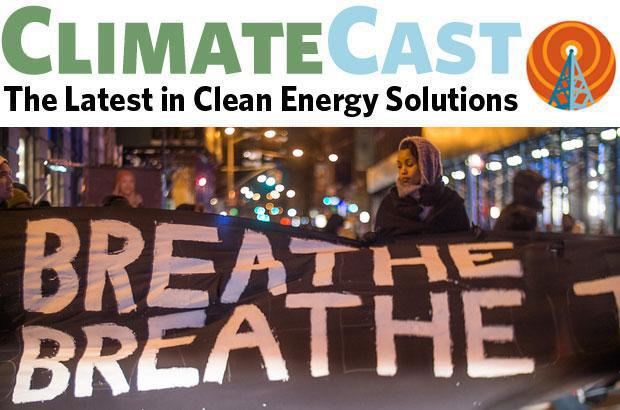 eleanor-saitta
No climate progress without fighting racism
Jonathan Lawson
May 29, 2020

In our time, every day presents terrible new confirmations that we live in an unequal society in which people of color, and black folks in particular, are made to live in constant anxiety and challenges to one’s most basic rights of security and free movement. Responding to the Central Park video incident that made headlines earlier this week, Yessenia Funes notes that individual racist acts such as these cause harm because they draw from a long history of exclusion: “Since the forced removal of indigenous people to create today’s national parks, white people have dominated outdoor activities in the U.S. This racist history has contributed to the current lack of diversity in green spaces and environmental organizations."

America’s history of inequality also manifests in unequal community exposure to environmental harms, including industrial pollution, which recent studies link to increased risk of disease including COVID-19.  Officials in the largest county in Ohio declared racism to be a public health crisis. Communities of color are also disproportionately threatened by climate-related threats such as the risk of flooding. A recent report shows that in a number of large cities, fewer than 2% of homes situated in high-risk flood zones are insured against such damage.

The COVID pandemic provides fresh evidence that we must move swiftly to cut carbon pollution, says a new study by Center for International Climate Research in Oslo. The recent drop in emissions during the pandemic “shows the limits of even the most drastic changes to individual behavior to meet pollution goals... Social responses alone… would not drive the deep and sustained reductions needed to reach net-zero emissions.”

That realization comes as a robust alliance continues to grow around a climate policy platform that can unite a broader coalition including unions and environmental justice advocates towards a clean energy vision across the country. Washington State’s 100% clean electricity law passed last year stands as one among numerous models for a plan to address global warming. Meanwhile, experts are calling for a green stimulus plan to rebuild the badly hampered economy, cut pollution and create more clean energy jobs.

Clean energy flies the NW skies... and other good news

The world’s largest all-electric aircraft received its first test flight in Moses Lake, WA. Also, a federal court delivered a victory this week to cities working to hold fossil fuel companies accountable for their role in causing the climate crisis.

Meteorologists are telling us to expect a particularly hot and dry summer in the Northwest, and accordingly more destructive and dangerous wildfires. Combined with massive state budget shortfalls and material shortages due to the ongoing COVID-19 pandemic, the states of Washington and Oregon are expected to have the worst fire season in the entire country this year.

Also predicted for summer 2020: a particularly active hurricane season. Climate journalist David Wallace-Wells has termed the convergence of such events “climate cascades,” in which each occurrence makes it more difficult to respond to the next.

Take anti-racist action in your life. This week has been filled with more tragic headlines about racism in our country, especially surrounding the murder of George Floyd by a Minneapolis Police Officer and the racist 911 call against an African American bird-watcher in Central Park. Just as rates of COVID-19 are higher with communities of color, African Americans are disproportionately targeted with police violence. As we work to achieve a just transition away from fossil fuels and to address the long-imposed inequities causing communities of color to be impacted first and worst by pollution, we will have to confront a host of historical and ongoing wrongs, including deliberate systemic violence to non-white Americans. Start by reading the suggestions in this great article in Teen Vogue.