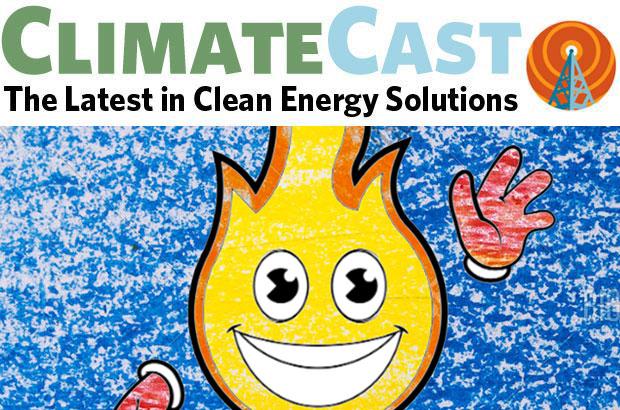 Hey kids, fracked gas is good for you!

As clean energy choices become more common—and more affordable—for individual homes as well as for entire power systems, companies whose business is selling fracked gas are getting creative in their efforts to portray their product as safe and desirable. Last week Puget Sound Energy raised eyebrows when it promoted a children’s coloring book online extolling the virtues of fossil fuel gas in communities. A cute personified gas flame named Don Fuego invites comparison to Joe Camel, the cartoon big tobacco used to promote carcinogenic cigarettes to young people. Should the fossil fuel industry be using the same tactics to get kids hooked on an energy source that has been shown to increase the risk of childhood asthma by 42 percent, among other health risks?

New research implicates both the causes and effects of climate change in pregnancy complications. As the New York Times reports, “pregnant women exposed to high temperatures or air pollution are more likely to have children who are premature, underweight or stillborn, and African-American mothers and babies are harmed at a much higher rate than the population at large.” The new findings add to voluminous research showing that climate and pollution impacts cause disproportionate harm to communities of color. A Los Angeles Times op-ed this week points out that, while the country is thinking critically about the racist monuments in our communities, we shouldn’t overlook monuments such as urban freeways. As in many cities, Los Angeles planners intentionally sited new freeways in order to reinforce racial segregation, meanwhile concentrating toxic air pollution in certain neighborhoods.

Seattle’s nascent professional hockey franchise has a new arena—and it’s literally a monument to clean energy and climate action. The refurbished arena at Seattle Center will be “the first zero-carbon arena in the world, powered exclusively by renewable energy” (along with zero-waste commitments to eliminate single-use plastics, to buy locally sourced food, and other measures). Venue operators plan to achieve carbon neutrality by offsetting all carbon emissions generated by events, including fans’ transportation to and from the venue. The arena will make sure to broadcast its climate commitments—Amazon bought the naming rights, and is christening the new venue Climate Pledge Arena.

Facebook under pressure to get serious about hate speech...and climate denial

Social media juggernaut Facebook is facing major boycotts this summer over its reluctance to curb hate speech on its platform. At the same time, the company is being called out for giving climate deniers a pass on its fact-checking program. Since last year, Facebook has worked with teams of  Ph.D. climate scientists to evaluate the accuracy of viral content, Emily Atkin reports in Heated. But now, under pressure from a fossil fuel industry-connected group, “Facebook has reportedly decided to allow its staffers to overrule the climate scientists and make any climate disinformation ineligible for fact-checking by deeming it ‘opinion.’" In response, a group of climate leaders and prominent progressives wrote to Facebook's advisory board and Mark Zuckerberg, urging them to close the loophole. Signers include Stacey Abrams, former EPA head Gina McCarthy, Tom Steyer and others.

The seasonal abundance of fresh fruit and vegetables can come with hidden costs; Northwest farmworkers, including many recent immigrants and migrant laborers, are often at particular risk of exposure to COVID-19 due to poor working conditions, inadequate safety protections, and economic vulnerability.

Email your federal lawmakers and ask them to extend COVID-19 aid to vulnerable farmworkers (via United Farm Workers).

Support the Oregon Worker Relief Fund, providing direct benefits to immigrant Oregon workers who are being left out of the Federal Stimulus package (via Pineros y Campesinos Unidos del Noroeste).