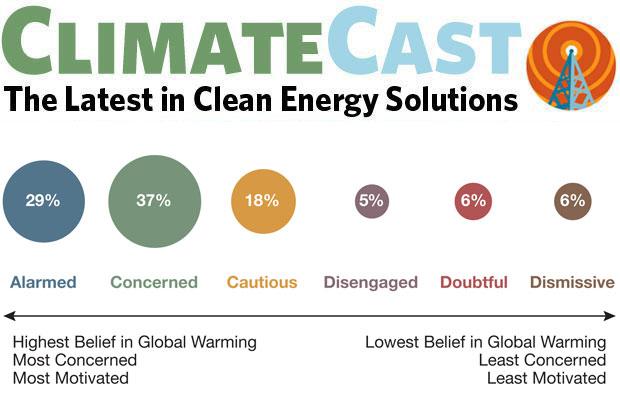 YALE/GEORGE MASON UNIVERSITY
Climate urgency: where are you on the spectrum?
Jonathan Lawson
July 17, 2020

Finally some good news: last week was bad, bad and bad for the fossil fuel industry

Earlier this month, energy companies Dominion and Duke Energy announced that they are abandoning plans to build the Atlantic Coast Pipeline, which would have transported fossil gas through the Appalachian mountains. Despite a recent Supreme Court decision that appeared to clear the way for pipeline construction, the companies pulled the plug, citing the mounting cost of “continuing court delays” stemming from widespread community and environmental opposition to the project.

On the same day, a federal court shut down the controversial Dakota Access Pipeline, agreeing with the Standing Rock Sioux and environmental advocates who argued that the project had been rushed through without appropriate environmental review. Fossil fuel industries took yet another blow as the Supreme Court ruled that construction must stop on the Keystone XL pipeline, pending environmental review.

These decisions seem to indicate that the fossil fuel industry has overreached in pushing the Trump administration to zealously roll back hard-won environmental protections. The latest and perhaps most dramatic example came this week as the president announced “a top to bottom overhaul” of the 50-year old National Environmental Protection Act, the law that requires federal agencies to consider environmental concerns—including climate impacts—when approving construction and infrastructure projects. The decision, certain to draw legal challenges, could be reversed by a new president and Congress.

“Last chance, best chance...” but we need the biggest team we can field

This week’s issue of Time Magazine is dedicated to the climate crisis, highlighting 2020 as a “climate crossroads” and “likely to be the most pivotal yet in the fight against climate change.” While featured articles highlight many familiar concerns—transition to a clean economy, global efforts towards emissions reduction, and the need to rely on science—they also present a number of leading voices on environmental justice, demonstrating a welcome pivot in mainstream climate media coverage to focus on the intersections of racism, climate change, and highly impacted communities. In an interview covering topics ranging from water quality to factory farming, Senator Cory Booker calls environmental injustice yet another form of “assault on Black bodies.” Marine biologist and climate policy expert Ayana Elizabeth Johnson asks readers to consider “who are we saving the planet for?” arguing that people of color are already there on the issue of climate change and thus need to be included in the “biggest team possible” to win.

With the nation still in the grop of COVID-19 and a major economic downturn, and a continued effort to grapple with the unmitigated climate crisis and the pervasive effects of institutional racism, many are asking, "how can we do this better?"  Daunting as it is to face so many simultaneous threats to our lives and livelihoods, writes Climate Solutions’ Zach Baker, there are real solutions at hand. “We can rebuild and recover in a more just, clean, healthy, and smart way—while creating lots of high quality green jobs... one of those climate-smart and equitable solutions to build back better than before is right in front of us, and all around us: making our homes and other buildings cleaner, more energy-efficient.”

Sometimes it can seem like debates around global warming have only two sides. But we know that beliefs and perceptions actually fall on a spectrum.

Experts at the Yale Program on Climate Communication call this spectrum the “Six Americas.” Take their super-short survey to help us know where you are on the spectrum. Better yet—after you take the survey, forward ClimateCast on to a friend or family member who might be at a different point on the spectrum, and ask them to share their responses as well.

Subsidizing climate chaos
Oregon charging ahead for clean energy
As seen on TV: the future of cars is electric
Transition 2021 off to a good start