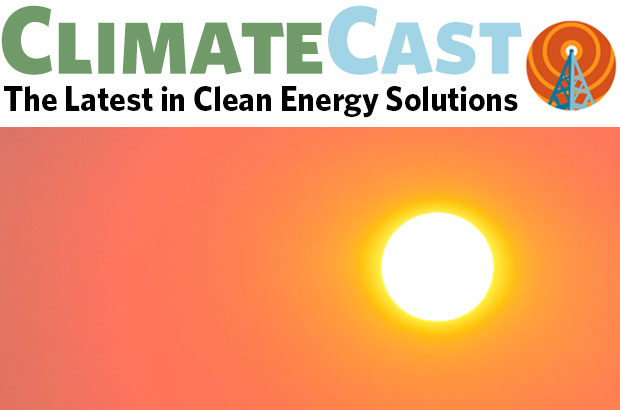 Businesses called to do more, responding to climate’s “existential threat”

A new report from Climate Voice is urging companies to take a more public stand advocating for effective climate policy, and “to base every major decision on the climate—as well as the financial—bottom line.” The pitch comes as more major players in industries from technology to insurance and financial services are making the case for an urgent response to the climate crisis. Last month a group of major investors urged the Federal Reserve and the SEC to use their influence to make sure businesses account for climate risk and responsibility. Writing in Vox, David Roberts notes that big tech firms like Google and Apple appear to be trying to outdo one another in the scale of their climate commitments. He takes a deep look at Microsoft’s ongoing climate efforts and concludes that while the company could be doing more, especially in its advocacy, what it has accomplished already is “a big deal.”

Meanwhile, some business groups in Oregon are fighting climate progress in that state (other Oregon businesses have signalled their strong support for state-level climate action).

Efforts to decrease fossil fuel use in our infrastructure are beginning to focus on the built environment; nationwide, many cities are looking to ensure all new buildings are powered solely by electricity. Ground zero for this effort has been California where buildings are the second-largest source of carbon emissions after transportation. PGE, one of the nation’s largest utilities and a dual-fuel provider (electricity and gas), signed on to a letter in support of statewide energy codes to accelerate the transition to all-electric buildings. Yet major obstacles still exist; gas utilities are still pushing back to protect their interests and aggressively using flashy PR and marketing campaigns to promote the use of gas.

How to create 25 million jobs by decarbonizing the economy

Climate advocates have long called for sweeping changes to move our economy past fossil fuels. A team of engineers and energy experts has authored a new report, Mobilizing for a Zero Carbon America, which contains a thoroughly researched plan for decarbonizing our national economy. Implementing this plan would require major investment, but it would also create 25 million new jobs. The plan would also drastically reduce air pollution and put us on a path to steer clear of climate chaos.

Officials in Harris County, Texas laudably decided to respond to environmental justice concerns when updating the Houston area's flood control policies; re-evaluating how to steer recovery funds in the aftermath of devastating storms. "Instead of prioritizing spending to protect the most valuable property, which benefited wealthier and whiter areas, they decided to instead prioritize disadvantaged neighborhoods that would have the hardest time recovering, including communities of color." The decision is facing a backlash from some of those wealthier residents, illustrating some of the obstacles complicating environmental justice policy gains.

In addition to the harms caused by natural disasters, it is well-understood that the public health impacts of pollution are generally worse in lower-income communities and communities of color than in wealthier, whiter areas. New research shows that such environmental justice disparities persist across decades, highlighting the importance of an economy-wide shift from polluting fossil fuels to clean energy.

Writing in The Guardian, Adrienne Hollis points out that the predictable consequences of the U.S. withdrawal from the Paris climate agreement will include disproportionate harm to communities of color, making Trump’s announced withdrawal a racist act.

Facebook has been preventing its own fact-checkers from flagging climate disinformation in users' news feeds. That's wildly irresponsible; climate disinformation is hazardous to our health! Read Climate Solutions' response to Facebook, then add your voice in telling them: stop letting the fossil fuel industry overrule your "independent" fact-checkers.

Subsidizing climate chaos
Oregon charging ahead for clean energy
As seen on TV: the future of cars is electric
Transition 2021 off to a good start