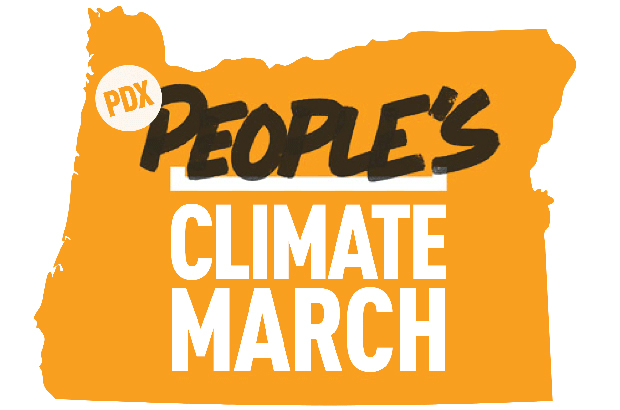 As world leaders gather in New York City for the UN Climate Summit later this month, tens of thousands of people will gather in cities across Oregon, across the country and across the world to send a clear message—the time to act on climate change is now.

Bring your friends and family to the PDX People’s Climate March on Sunday, September 21 – 3pm at Tom McCall Waterfront Park – for the largest climate rally Oregon has ever seen. Not on Facebook? Pledge to join here.

Check out the Oregon hub for all People’s Climate March events around the state. We're looking for volunteers too! Sign up to help out here.

Over 1,500 solidarity events are planned in over 130 countries. The PDX People’s Climate March begins at 3 p.m. at the Tom McCall Waterfront Park in downtown Portland on September 21. A rally with speakers will follow at 4:30 p.m. near the west end of the Hawthorne Bridge.

Oregon is already facing the effects of climate disruption. From oyster growers, fishing communities and foresters on coast, to wine makers and nurseries in the Willamette Valley, to foresters and workers in tourism and outdoor recreation in the Cascades, to farmers and ranchers in the east, the impacts are real and happening now.

Organizers, speakers and marchers in Oregon are part of an ever-expanding Northwest, national and international movement calling for climate justice now, representing a diversity of backgrounds, geographies, religions, and organizations united in the shared belief that a better world is possible; a world safe from the dangers of runaway climate change; a world with good jobs, clean air and water, and healthy communities.

Together we can call for state, national and international action to address climate change and speed the transition to clean energy. Together we can stand up in our own communities to organize, build power, confront the power of fossil fuels, and shift power to a just, safe, peaceful world.

Climate Solutions, along with 50 other organizations to date, have endorsed this march because we know how important it is for our future. The more Oregon voices unite at the march, the clearer the message: we must act now. Let’s march side by side with thousands of other Oregonians in solidarity at the PDX People’s Climate March on September 21.

Visit the organizing site to sign up and learn more.

See you at the Waterfront!

-the Oregon team at Climate Solutions 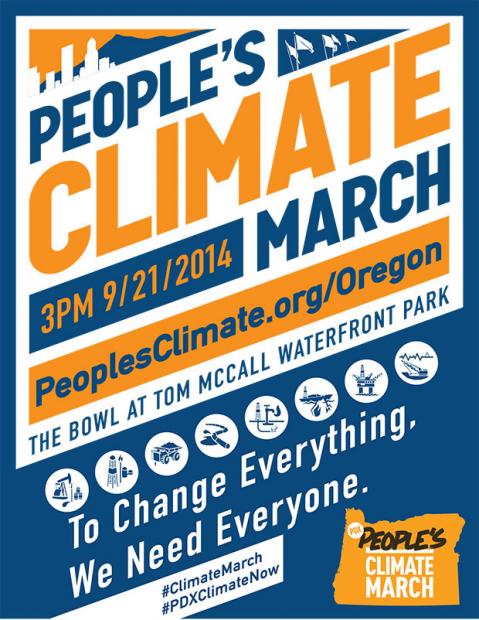