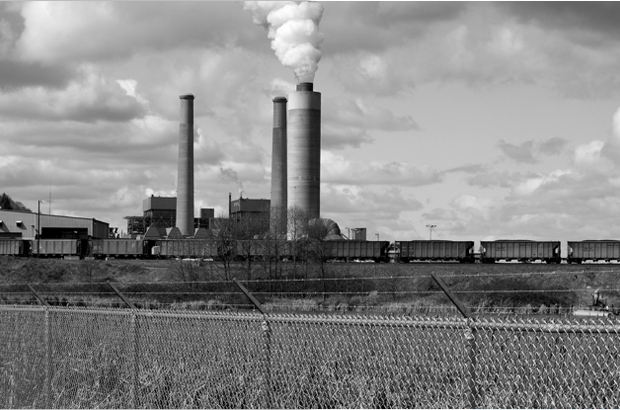 UPDATE: Governor Inslee vetoed the TransAlta measure critiqued in the below article. Thank you Governor Inslee, and thanks to everyone whose advocacy helps make the difference for climate progress!

Barely averting a government shutdown late last week, the Washington State Legislature published and passed an operating budget. The budget includes some priorities which are important to advocates of clean energy and climate progress, and directs money to education, public safety, and environmental protection. However, the tight schedule kept the public, and most legislators, from spending much time reviewing the hundreds of pages of details

Turns out there were a few devilish items in the details—including a provision which would allow tax break funds to be used to construct a new fossil fuel energy plant in Centralia, WA.

It's not too late for us to say NO to this bad idea; there are a few days left before Governor Inslee makes his decision whether to approve the accompanying revenue measures.

Here are the details. Several years ago, the state, the environmental community and Canadian company Transalta committed to a plan to close Washington State’s last coal-fired power plant, in Centralia. Today’s budget release disrupts those commitments--instead funneling millions of dollars in tax breaks to Transalta to prevent the closure of this plant, converting it to burn fossil gas instead of coal.

Proponents will argue that this is will be beneficial for the environment and good policy for the state. They’re wrong. Here’s why:

Investing in new fossil gas is inconsistent with protecting a sustainable climate. The governor’s office just published a detailed and thoughtful study exploring the pathways to achieving deep greenhouse pollution reduction by 2050.  In every scenario they modeled, the results pointed to the same conclusions—it’s not enough to close coal facilities and replace them with (supposedly slightly less dirty) gas-powered plants. We must move decisively and boldly towards a goal of achieving 100% clean energy.

So let’s just be clear about what the legislature is proposing we do: they want to take millions of our tax dollars and give them to a private company which earned $1.8 billion last year to help guarantee that we completely fail to achieve our climate goals. Do you think that’s a good idea?

We already have more than enough fossil gas generation to provide reliable electricity service. The Northwest Power and Conservation Council, an agency charged by the federal government to create long range plans for the regional electrical grid, has found that we could meet our energy needs without new gas in the region for at least another decade. Even worse than that—less than 35 miles west of this project lies another gas giant, completed without any state support less than a decade ago, which operates less than half the time because the electricity it produces is just not needed in the region. So, with an underutilized plant a stone’s throw away, the legislature wants to incentivize the construction of a new, competing facility.

Our electricity rates are low because we don’t rely on fossil fuels. Washington has the second lowest rates in the country. We’re also the largest producer of clean renewable power, relying chiefly on hydroelectric and wind power  to serve our state’s needs. Clean electricity has worked for us. So perhaps instead of embracing fossil fuels that have contributed to higher rates in the rest of the country, let’s  stick to what has protected the cheap, sustainable power that has helped drive our economy for over a century.

Time is tight to make a difference on this bad policy. Contact Governor Inslee now and tell him to veto this bad provision. Let him know that you oppose Transalta's bid to develop new fossil fuel infrastructure!