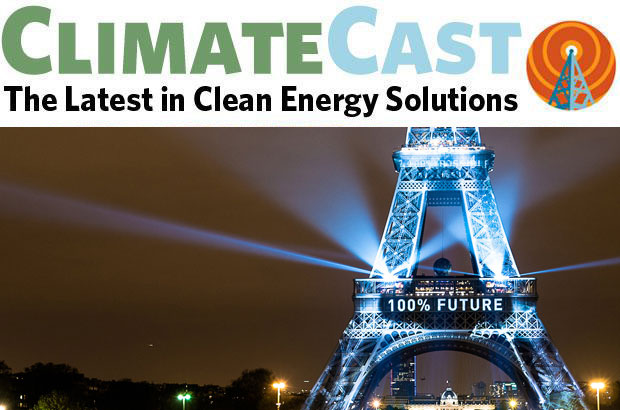 We need national and international action to fight climate change, but states and cities have also been a critical piece of the solution. On Election Day last week, cities in Ohio and New Jersey joined the shift towards “community choice” electricity supporting the expansion of renewable energy projects, local jobs, and affordable power by giving local governments, rather than utility companies,  the power to choose clean energy options.

Public transportation was on the ballot too this year and a number of cities and states voted on  clean-energy transit and emissions-reducing measures. To highlight just a few:

On the morning after Election Day, the United States became the first country to exit the Paris climate agreement—the conclusion of a process President Trump started in 2019. The move was symbolic of the administration’s ongoing hostility to the international consensus about the urgency of responding to the climate crisis. The U.S.'s self-imposed isolation is likely to be short-lived, however, as President-elect Biden repeated his pledge to rejoin the Paris Accord on his first day in office. Other world leaders congratulating Biden on his election were quick to welcome the U.S. back into the climate fight.

Climate policy advocates are welcoming the coming about-face on federal climate policy, while noting that rejoining Paris will be the easy part, compared to the monumental work that will be necessary.

Given the enormity of the crisis, what should Biden do first on climate? Climate advocates and policymakers are already making plans and proposals. With Republicans likely to retain a majority in the Senate, the incoming administration is expected to use the President’s executive powers to direct federal agencies, including but not limited to the EPA and Department of the Interior, to join forces in confronting climate change. “When President-elect Biden rolled out his climate plan,” said Biden adviser Stef Feldman, “he made it clear he sees this as an all-of-government agenda, domestic, economic, foreign policy.”

While some nations are doing much better than others, a necessary focus on COVID-19 recovery will has the potential to  create consequential choices between reinvesting in polluting industries and fossil fuel energy, and forward-looking investments in clean energy solutions. The renewable power sector appears ready to meet the challenge of fueling a clean energy recovery, reporting record growth in 2020. Accordingly, investors are betting that the Biden administration will accelerate a shift towards clean energy.

Parting shots from a lame duck

In the wake of US President Trump’s defeat in the November 3rd general election, his administration redoubled its efforts to undercut climate action. Neil Chatterjee, the Trump-appointed chairman of the Federal Energy Regulatory Commission, was demoted shortly after announcing his public support for regional carbon tax policies. Other federal climate experts have also been abruptly ousted and replaced by climate skeptics, including Craig McLean, NOAA’s acting chief scientist and Michael Kuperberg, the scientist responsible for developing the congressionally-mandated National Climate Assessment.

American car manufacturers Ford and GM recently announced they are hiring thousands of new workers to accelerate their electric vehicle development efforts. This closely follows California Gov. Gavin Newson’s executive order, issued this September, that all cars sold in the state must be emission-free by the year 2035. A sign of the burgeoning marketplace and growing demand from consumers, carmakers continue to bring a wider variety of EVs to market, including GM’s Hummer EV, Ford’s high performance Mustang Mach-E electric sport utility vehicle, E-Transit commercial van, and an all-electric variant of their iconic F-150 pickup truck.

EV charging initiative Electrify America has built its 500th charging station, with promises of even more to come. The initiative was born out of the “Dieselgate” settlement between the EPA and Volkswagen, intended to promote cleaner vehicles. Meanwhile, the New York Times reports that some states have used settlement funds to invest in… more diesel vehicles.

We are approaching an important inflection point for climate and clean energy, as for many other issues. While many of us need a well-deserved rest after a year of increased anxiety about the state of things, this can also be a time to recharge, and to renew our commitment to working together for others and for ourselves, for a world that is healthy, just, and sustainable for all.

It’s also a great time of year to curl up with some good reading. We recommend this collection of essays, All We Can Save: Truth, Courage, and Solutions for the Climate Crisis, edited by Dr. Ayana Elizabeth Johnson and Katharine Wilkinson. Dozens of women climate activists, scientists, poets and community leaders describe the connections between their deepest sources of inspiration and the climate justice work that needs to be done in the world—you will surely find fresh inspiration of your own in its pages.