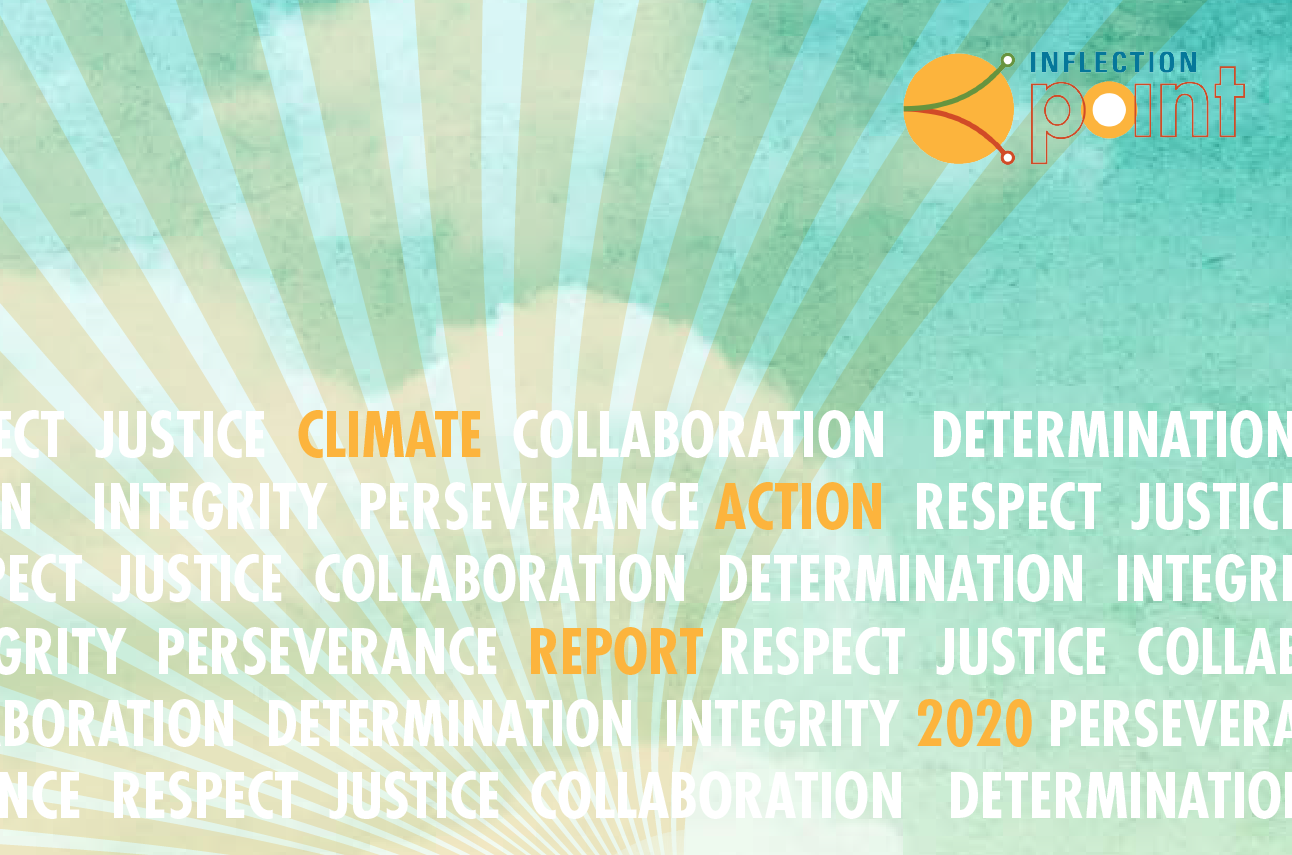 The Path Forward on Climate Change in the Northwest
Gregg Small
November 16, 2020

This is the second in a series of articles on the election and what it means for climate action, especially in the Pacific Northwest. The first was released in the days after the election. This article focuses on climate policy priorities in our region in the coming years.
​​​

While some results from the election are still trickling in, we now have a pretty good sense of the political landscape in Washington and Oregon and at the federal level.

This is our take home message: the Northwest is well positioned to make nationally significant climate progress over the next few years in the three key areas that are the largest sources of emissions in the region: transportation, electricity, and buildings. Collectively, these three sectors are responsible for more than 80% of total Northwest carbon emissions. And while President-elect Biden is already recommitting to the Paris Climate Agreement and more as he readies for office, we also likely face continued delay from at least one chamber of Congress—making state and local action all the more essential to cut pollution as a country to show leadership again.

While we work to move closer to making the vision of the Northwest the first region to transition swiftly and equitably to being powered by 100% clean energy, we need to acknowledge that our country and our region face many urgent crises at once right now—and that can feel daunting. We hear some hedge, “is there room for climate action this year given everything else?”

The answer is yes, we must. Importantly, if done right, we have the opportunity to not only address the fierce urgency of climate change, but also tackle long-term systemic racism and the public health crises that are disproportionately impacting people of color across the nation. We can do this by putting in place policies and investments in a clean and just recovery with a clean energy economy that works for everyone. 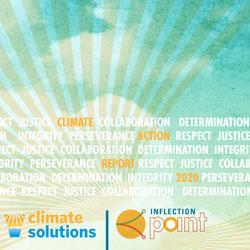 This past year has proved challenging in ways that we could have never predicted—and that holds for climate action, too. We are grateful for your support this National Philanthropy Week and we wanted to share our Climate Action Report with you.

Looking ahead, Climate Solutions has been working with many others to develop a comprehensive multi-year policy agenda designed to cut carbon pollution fast enough to meet the science, address long-term inequities with Black and brown communities and lower income folks, and build a thriving clean energy economy that reduces harmful air and water pollution.

While we need dozens of policies and actions to achieve a swift and equitable 100% Clean vision, I wanted to highlight the most important current priorities. If we are successful, we can achieve the following major milestones over the course of the next several years:

1. Accelerating the path to 100% clean and equitable transportation.

Put in place cutting-edge standards for transportation electrification especially in communities of color, and become an economic powerhouse for our region. With Washington and Oregon poised to join California in expanding the Zero Emission Vehicle mandate to include heavy and medium duty vehicles like delivery trucks and school and transit buses, we have the opportunity to make major progress in transitioning to cleaner transportation that cleans our air and reduces carbon pollution. This standards based-model has the potential to radically accelerate the speed at which all forms of transportation are electrified. The Northwest states, as well as several others around the country, are positioned to join California in creating a leadership block of states that is large enough to shift the market at speed and scale.

Figure out a progressive path to fund transportation and to reduce how much we all have to drive. In the coming year, Washington state is likely to consider a multi-billion dollar set of investments in a statewide transportation package. At the same time, utilities in the region will likely propose large investments in electrifying transportation that will be decided by state regulatory commissions. The outline of these proposals and how that money is invested will shape transportation for decades, and will be some of the most important decisions for regional carbon emissions and equitable transportation solutions that make it easier for more people to get around. Addressing transportation emissions requires aggressive efforts to both electrify everything and reduce the amount of miles that people and goods travel. We aim to leverage these large investments into accelerating the electrification of cars, trucks, buses and other vehicles, and reducing Vehicle Miles Traveled (VMT). If successful, we expect major improvements in the quality of life for people throughout the region, ranging from investments in low income communities to increase bus service and create safer walking and biking options; to building the infrastructure for people to easily drive their electric cars from the Oregon Coast to Pendleton in an EV.

Adopt and implement Clean Fuel Standards in Washington and Oregon. Clean Fuel Standards work by requiring oil refineries and importers to reduce the carbon intensity of their fuels, providing more low-carbon fuels (especially electricity but also sustainably produced biofuels for other vehicles) to fuel our transportation system and giving us all cleaner choices to get around. California, British Columbia, and Oregon have all had this policy in place for many years, resulting in significant carbon emission reductions. Revenue generated from these standards has resulted in meaningful investments in cleaner solutions, such as supporting the purchase of clean electric buses in Oregon communities. In March of 2020, Oregon Governor Kate Brown issued an Executive Order more than doubling the state’s Clean Fuel Standard, making it the strongest in the nation. The Washington State Legislature has been debating passage of a similar bill for years yet the Senate has failed twice to pass it. A large and diverse coalition and a growing number of elected officials are committed to the Legislature passing it in the 2021 session.

2. Clean up the grid by getting Oregon to get to 100% like the rest of the region.

We need to adopt and to implement policies to put the Northwest states on a legally binding pathway to 100% clean electricity. As we increase electricity use through transportation and buildings in the coming years, it is more important than ever that we power them with 100% clean and renewable power. In 2019, Washington State passed what is generally considered the best policy in the nation to transition our electricity to 100% Clean by 2045 with deep commitments to equity and family wage jobs. We are now working to implement this groundbreaking law, and to pass a similar policy in Oregon.

Buildings are one of the largest sources of carbon emissions in the region, and as we clean up our grid we also need to make sure we transition our buildings off of fossil fuels like oil and gas and toward clean and safe sources for heating, cooling and cooking. We are working throughout the Northwest to put in place standards and policies that safely and responsibly begin this needed shift. Having a new fossil-free blueprint for buildings as our region recovers and grows will avoid locking in more pollution for the next generation.

Achieving this set of victories is extremely ambitious, but we believe is necessary for our region to play its critical national leadership role in reducing carbon pollution and addressing systemic racism and public health crises. Future elements of our email series will focus on our specific climate policy priorities in Washington state and Oregon for 2021, and our strategy to win.

Please make sure to check out our Climate Action Report. There has been good work even in times of headwinds.